Chelsea out to set seal on season of dominance | Newsmobile
Friday, August 12, 2022

Home Sports Chelsea out to set seal on season of dominance 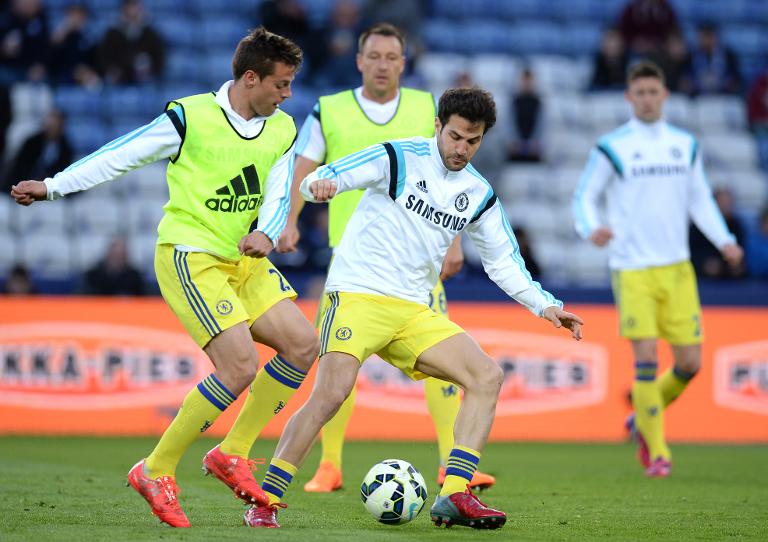 Having seemingly been promised to them all season, the Premier League title will be within Chelsea’s grasp on Sunday when they host Crystal Palace needing three points to become champions.

While the free-flowing football of the autumn has faded, Chelsea have unquestionably been the season’s stand-out team and their coronation is now only a question of time.

It is five years since they last won the title and the circumstances then were quite different, with a side steered by Carlo Ancelotti eviscerating Wigan Athletic 8-0 at Stamford Bridge on the campaign’s final day to set a new Premier League scoring record of 103 goals in a season.

The current Chelsea team have faced accusations that they are ‘boring’ over the past few weeks, following a run of seven wins by a single-goal margin and three draws.

But as manager Jose Mourinho has pointed out, they have won more games (24), been beaten fewer times (twice) and kept more clean sheets (16) than any other team, while only reigning champions Manchester City have out-scored them (70 to 68).

It has seen the League Cup-winners open up a 13-point gap over closest rivals City and Arsenal and Mourinho now just wants his players to finish the job.

“We need two or three points to be champions. Let’s say three to make sure we don’t depend on goal difference,” he told his pre-match press conference.

“We need a victory or we need three points with three draws. Obviously we want to finish as soon as possible. If we can do it at home, better. If we can do it on Sunday, even better. That’s what we have in our minds.”

Twelve years on from Roman Abramovich’s purchase of the club, Chelsea continue to lag behind traditional heavyweights Manchester United, Liverpool and Arsenal in terms of overall league titles won.

But while a fifth league crown would leave them still well short of United’s record of 20, it would also be their 13th major trophy in 11 years, which no other English team can match.

Mourinho has revealed that 19-goal top scorer Diego Costa will miss Sunday’s London derby due to ongoing hamstring problems and may not play again this season if Chelsea secure the title.

“We don’t need to rush,” explained Mourinho, who won the league twice with Chelsea during his first stint at the club between 2004 and 2007.

“We are trying to give the maximum stability for him to be stronger and stronger. If we don’t need (him), probably he won’t play again.”

Loic Remy is in contention to lead the line after overcoming a calf injury, while Thibaut Courtois will hope to return in goal after sitting out Wednesday’s 3-1 win at Leicester City due to a minor hip complaint.

There is little riding on the game for Palace, who are 12 points clear of the relegation zone in mid-table thanks to their superb burst of form following Alan Pardew’s appointment as manager on January 2.

But after consecutive defeats at home to West Bromwich Albion and Hull City and with thorny fixtures against United and Liverpool to follow, Pardew wants his players to rise to the occasion.

“We’ve got to try and produce a performance that doesn’t get carried away in the emotion of the day,” he said.

“They will dominate possession and the two-thirds of the pitch that we have to defend, but we carry a threat.”

Pardew has doubts over strikers Marouane Chamakh and Fraizer Campbell, both of whom have hamstring injuries, but full-back Joel Ward could return after a shin problem.

Palace have not won at Stamford Bridge since March 1982, but their recent away form has been impressive, with a return of five wins, two draws and just one defeat from their last eight games on the road.