Were all blonde: US envoy hits back at Ankara mayor | Newsmobile
Wednesday, June 29, 2022

Home World Were all blonde: US envoy hits back at Ankara mayor 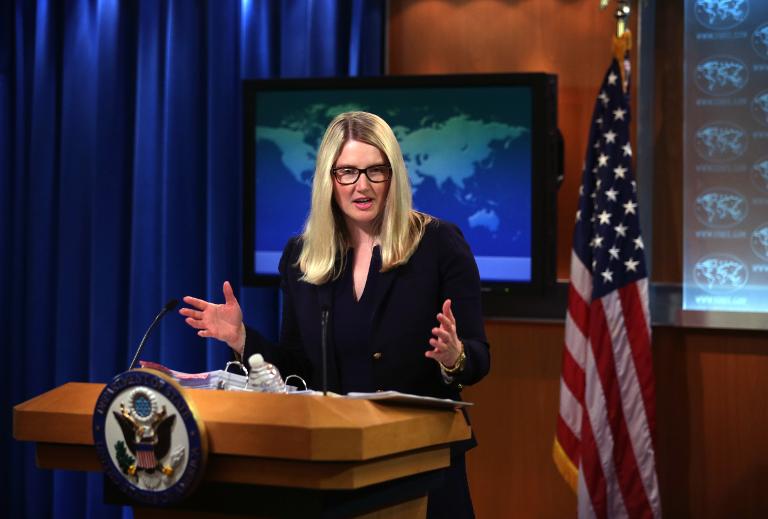 The US ambassador to Turkey on Friday hit back at sexist remarks by Ankara’s maverick mayor to the US State Department spokeswoman by posting a picture of himself with blond hair.

Ankara Mayor Melih Gokcek, a close ally of Turkish President Recep Tayyip Erdogan, had on Wednesday fired off an extraordinary diatribe on Twitter over the Baltimore rioting, telling the US State Department acting spokeswoman Marie Harf to “come on blonde answer now.”

“Where are you stupid blonde, who accused Turkish police of using disproportionate force?” he added, referring to US criticism of the harsh response by Turkish police to demonstrations.

Harf herself had refused to rise to the bait of the comments, saying in Washington: “I really don’t think I’m going to dignify them with a response.”

But US ambassador to Turkey John Bass took to Instagram to make his response, posting a picture of himself with his normally brown hair turned blond.

“American diplomats: we’re all blonde,” he wrote in English and Turkish.

It was not immediately clear if the ambassador’s hair had been photoshopped or if he had actually dyed his hair.

Gokcek, who has been mayor of Ankara since 1994, has earned notoriety in recent years for outbursts on his Twitter account @06melihgokcek, taking on anyone who dares challenge him.

Showing no sign of stepping back from the controversy, Gokcek defended his comments, saying “my wife is also blonde”.

“It has nothing to do with gender, they (the comments) shouldn’t read this way,” he said, quoted by Hurriyet daily.

Sniping at Bass’s Instagram picture, Gokcek said he could recommend the ambassador a hairdresser in Turkey.

“There are so many hairdressers in Turkey who are very good at doing blond hair. The envoy can contact me if he wants.”

“I can recommend him a couple of hair salons.”

The mayor, nicknamed “Mad Melih” by his detractors, was ridiculed this month after erecting a massive statue of a “Transformers” style robot in the centre of Ankara to promote a new theme park.

The statue has since been removed but the controversy is far from over — a gigantic Tyrannosaurus Rex has now been erected in its place.