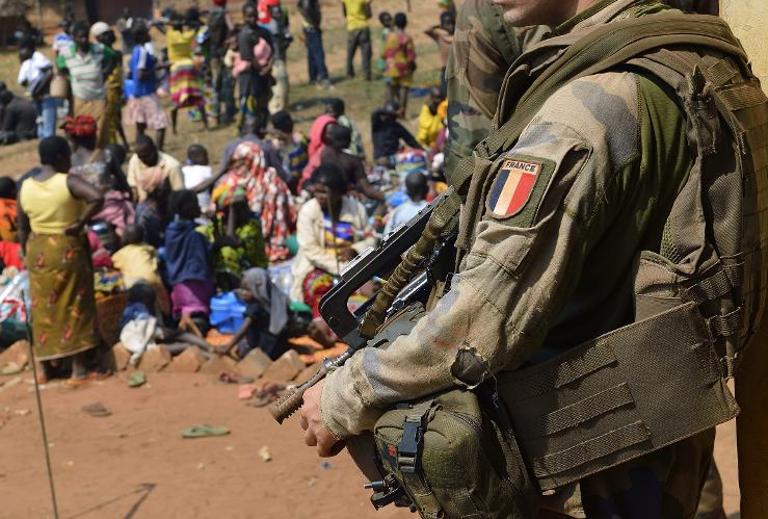 Faced with mounting pressure to shed light on accusations that French soldiers sexually abused children in the Central African Republic, the United Nations said Friday suggestions of a cover-up were “offensive”.

Revelations this week that an internal UN report was leaked last July to French authorities with allegations that French peacekeepers in the chaos-ridden country had sexually assaulted hungry children in exchange for food have sparked uproar.

The UN rights office, which is investigating the leak, has been accused of trying to cover up the crimes — something it flatly denies.

“I think any implication that (UN human rights chief) Zeid Ra’ad Al Hussein would try to cover up sexual abuse (of) children is frankly offensive and highly unlikely if you look at his personal history,” spokesman Rupert Colville told reporters in Geneva.

He pointed out that Zeid, who took over as High Commissioner for Human Rights last September, had in the past spearheaded the UN work to address the scourge of sexual abuse by peacekeepers.

His predecessor Navi Pillay, who was still in office when the report was leaked to the French, would also never shy away from revealing sexual abuse of children, he insisted.

So why did the allegations against the French troops not come to light until a year after UN teams began interviewing victims of the alleged sexual abuse last May?

Colville said that some investigations are kept secret until concluded to protect especially very young victims, and to help ensure the perpetrators can be held responsible.

He also stressed that the French troops implicated in the scandal were not UN peacekeepers, meaning it was up to France, not the UN to investigate.

“We are extremely glad that the French authorities are investigating this and that they have said they plan to call for the harshest punishments available under law for anyone found guilty,” Colville said.

“The allegations of what happened to these children are abhorrent. The details obtained … are utterly odious,” he said.

According to a French judicial source, 14 soldiers dispatched to the chaos-ridden nation to restore order after a 2013 coup are implicated in a probe into the alleged sexual abuse of several children there — the youngest just nine — who had begged for food.

The abuse reportedly took place at a centre for displaced people near the airport of the Central African capital Bangui between December 2013 and June 2014.

“If some soldiers have behaved badly, I will show no mercy,” French President Francois Hollande told reporters Thursday.

The group acquired the leaked UN report and passed it on to The Guardian, which broke the story.

Donovan has charged that “the UN’s instinctive response to sexual violence in its ranks” is to “deny, cover up, dissemble.”

Save The Children’s director for west and central Africa, Natasha Quist, meanwhile urged the UN and the French authorities Friday to “take all necessary measures to bring full light to bear on this affair.”

The attorney general of the Central African Republic has also slammed the UN for failing to tell his government of the claims.

Adding to the impression that the UN has something to hide has been the revelation that the high-ranking UN employee accused of leaking the information, Swedish national Anders Kompass, has been suspended pending an internal investigation.

Colville said the investigation was necessary since the confidential documents had been handed over with unredacted names — “in possible breach of strict rules that exist to protect victims, witnesses and investigators.”

The UN children’s agency said Friday that all the alleged victims had been given medical and psychosocial support, and were being protected.

According to The Guardian piece, Kompass leaked the information to the French because his bosses had failed to take action.

But the UN has questioned whether he should be considered a whistleblower.

Colville pointed out that the UN report had not arrived in Geneva until mid-July last year and the French launched their investigation on July 31, hinting that Kompass leaked the documents before an official UN response had even been possible.

If verified, this would not be the first sexual abuse scandal to hit peacekeeping forces — examples abound, including in Haiti, the Democratic Republic of Congo, Ivory Coast and Somalia.