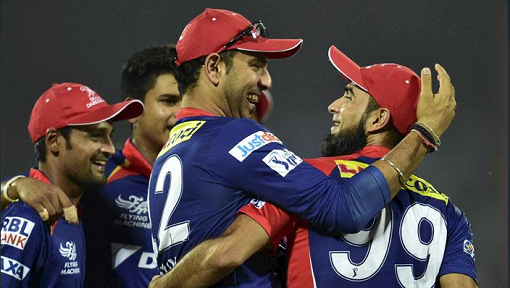 New Delhi:Â After a crushing defeat in their previous game, Delhi Daredevils have no option but to go all out when they take on Kings XI Punjab, who are also struggling in the ongoing edition of the Indian Premier League, in New Delhi on Friday.Â

The jinx-breaking victory at home against Mumbai Indians was the kind of boost Delhi needed to bring their campaign back on track but what followed was a demoralising 10-wicket loss to Royal Challengers Bangalore.Â

They have spent a mind-boggling sum to have Yuvraj Singh in their ranks but the left-hander has failed to fire even though collective failure is the prime reason for their miserable position in the tournament.Â

The absence of Zaheer Khan due to injury has also hurt Delhi badly and if the left-arm paceman recovers for tomorrow’s contest, as is hinted by the team management, it will be a big plus for them.Â

They had some close matches in the beginning where the results could have gone in their favour but in this format, half-chances have to be grabbed and this is where the team has been struggling.Â

Skipper JP Duminy and Shreyas Iyer are the only consistent batsmen for them, having scored 200 or more runs in seven matches and that tells the sorry state of their batting. The next best was Mayank Agarwal with an aggregate of 150 runs in his kitty.Â

Their bowling performance has been better with leg-spinner Imran Tahir right there at the top with 13 scalps along with Chennai Super Kings paceman Ashish Nehra.Â

Others have not taken too many wickets but more or less they have managed to put up a good challenge against rival batting line-ups.