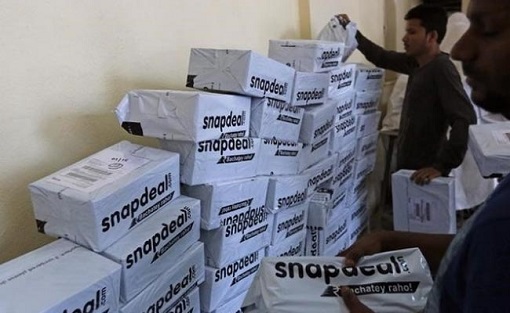 New Delhi: E-tailers Snapdeal might be cashing in on the different sales that lure customers and pile up their profits, but they landed themselves in a soup, after Maharashtra’s Food and Drug Administration ordered an FIR against its CEO Kunal Bahl and the other directors, because they were found selling prescription drugs online.

This isnâ€™t a new development though. They were found possessing these drugs when the agency had raided their corporate office for selling these kind of drugs online, last month. Following an investigation, the FDA has decided to file an FIR against the company.

The raid was conducted with the help of decoy customers, who were asked to place orders on the portal, post which they raided their office once most of the orders were delivered to respective addresses.

FDA commissioner Harshadeep Kamble said that the agency acted after receiving information that the portal was selling Ascoril cough syrup and Vigora tablets (commonly prescribed for erectile dysfunction) through the website.

“These are prescription drugs and cannot be sold in unlicensed premises. These drugs are only supposed to be sold under the supervision of registered pharmacists and only when prescribed by a registered medical practitioner. They cannot be sold like regular commodities,” he had told TOI.

This action had been taken after the agency got a tip off and they waited for people to receive the consignments before the raid. The state agency raided their corporate office in Goregaon, where they did not find any of these drugs. “We will also be searching for the drugs in their Bhiwandi godown,” Kamble added. “Snapdeal like agencies cannot act like doctors or pharmacies or encourage self-medication,” the commissioner said.

The FDA said the violations under section 18 (c) of the Drugs and Cosmetics Act are serious and can attract a penalty of Rs 1 lakh and imprisonment of three to five years. They will now be tracing the distributors or the seller through which the medicines landed up being advertised on Snapdeal.com. Last year, FDA had cracked down on 27 online firms located in Mumbai, Thane and Pune for illegally selling Viagra to African and European countries.