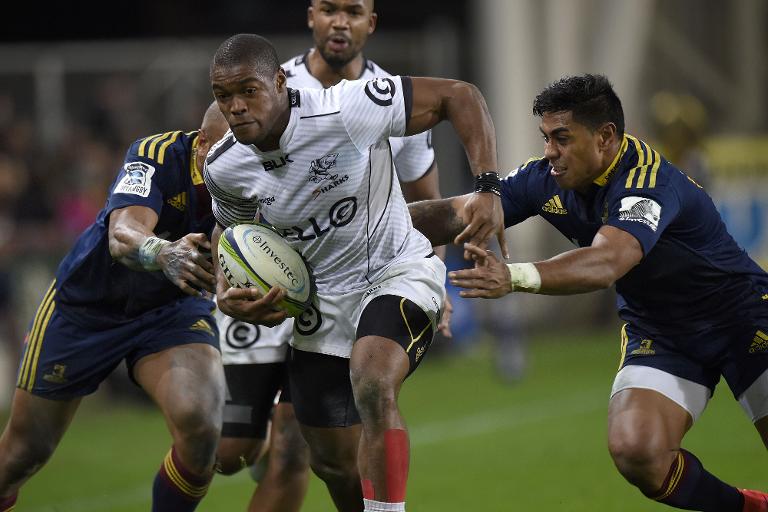 The Otago Highlanders demolished the Coastal Sharks 48-15 on Friday with a dominant seven-try performance that gives their play-off chances a huge boost.

Buoyed by the return of All Black trio Ben Smith, Malakai Fekitoa and Aaron Smith, the Highlanders’ slick passing game saw them run away with the game in the second half.

The bonus-point victory took the New Zealanders’ record to seven wins from 10 matches, consolidating their spot in the top six as a clutch of rivals breathe down their neck.

It was the fourth straight defeat for the Sharks, leaving their finals hopes hanging after the first match of a tough five-week New Zealand-Australia road trip.

“It’s quite hard to see any positives at this stage,” captain Marco Wentzel said.

“We have to look at the negatives first and fix the problems then take it from there. It’s a tough tour, it doesn’t get any easier.”

The Highlanders’ high-tempo passing game was rewarded with a try after just four minutes when flanker Gareth Evans shrugged off Odwa Ndungane’s tackle to cross in the left corner.

There should have been another 15 minutes later after sustained pressure from the Highlanders which was halted by desperate defence from the Sharks.

The South Africans finally gained some momentum with their line out, using their forwards to attack up the middle and set up prop Tendai Mtawarira for a try to level the scores at 10-10.

But it was a short-lived reprieve as Waisake Naholo and Patrick Osborne hit back for the Highlanders with two tries in three minutes to make it 24-10 at the break.

Fly-half Lima Sopoaga orchestrated both tries, the first with a pinpoint chip kick to the corner the second with a beautifully timed pass that put Osborne into space.

The Sharks came out hard after the restart but were held up over the line twice in the first five minutes before Highlanders’ lock Mark Reddish scored their fourth try.

Reddish snuck up alongside Conrad Hoffmann as he tried to shepherd the ball out of the Sharks’ in-goal area, throwing out a hand and touching down for five points.

Aaron Smith followed up with another try two minutes later off the back of a break from Richard Buckman, blowing out the score to 36-10.

Brendon Edmonds heaped on more pain for the visitors as the Highlanders forced a turnover near their own line then took the ball through nine phases of play before scoring their sixth try.

Bismarck du Plessis managed a consolation try for the Sharks but the Highlanders were still not done, with Elliot Dixon making it seven to complete the rout.