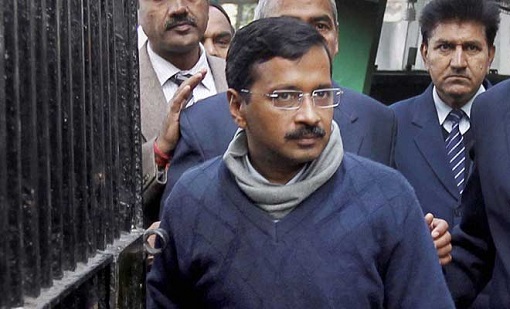 New Delhi:Â The Supreme Court on Friday stayed proceedings in trial courts in two criminal defamation cases against Delhi Chief Minister Arvind Kejriwal and decided to hear them along with the pleas in which the constitutional validity of the penal provisions have been challenged.Â

The apex court did not accept the plea that prosecution should continue in the trial court in the defamation cases filed by former union minister Kapil Sibal’s son and Sheila Dikshit’s ex-political secretary against Kejriwal and others.Â

“Once we have directed stay in other cases, it will follow in other cases also,” a bench comprising Justices Dipak Misra and P C Pant said while issuing notice to the Centre and other respondents in the matter.Â

“It is a pre-Constitution law. It has to be examined whether it offends the provisions of the Constitution,” the bench said referring to sections 499 and 500 of the Indian Penal Code which deals with criminal defamation and is scheduled to be listed for hearing on July 8.Â

Sibal’s son Amit Sibal, also a senior advocate, had filed the defamation case against Kejriwal and the then Aam Admi Party (AAP) leaders Prashant Bhushan and Shazia Ilmi for their comment that he took advantage of his father’s position while Dikshit’s ex-political secretary Pawan Khera sued the Chief Minister for his alleged remarks against his predecessor during protests over power tariff hike in October 2012.Â

Their counsel wanted the apex court to restrain media from publishing the defamatory contents but there was no order in this regard.Â

On April 17, the court had stayed prosecution of Kejriwal in defamation cases filed by Union Minister Nitin Gadkari and advocate Surender Kumar Sharma.Â

Gadkari had alleged that he was defamed by the AAP leader who had included his name in the party’s list of “India’s most corrupt”. The proceedings are pending and the Union Minister has recently partly recorded his statement in the case.