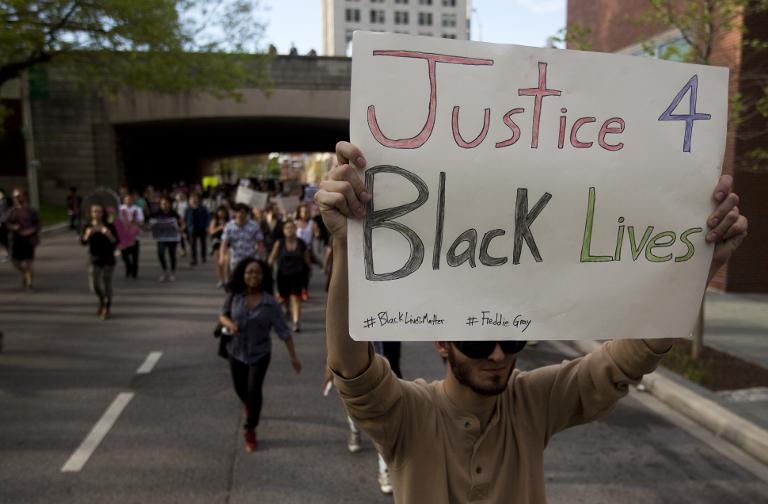 Baltimore detectives probing the death of a US black man who died from injuries sustained in police custody have handed their investigation over to prosecutors, officials said Thursday.

Baltimore Police Commissioner Anthony Batts told reporters that a team of investigators had carried out an urgent examination of events surrounding the April 12 arrest of Freddie Gray and his death a week later.

Gray, 25, died of spinal injuries apparently suffered during his arrest or soon after. His death sparked riots in Baltimore and protests in cities on the US East Coast, including New York, Washington and Boston.

“The state’s attorney is committed to seeing justice. And from this point on, we will take all directions from the state attorney, because it is now their case.”

The development means it is now up to prosecutors to decide if anyone will be charged in connection to Gray’s death.

Gray died with 80 percent of his spine severed at the neck, lawyers for his family say, portraying him as the latest young African American to die at the hands of the police.

In August, a white policeman shot dead a black teenager in the St Louis suburb of Ferguson, triggering demonstrations in major US cities from Los Angeles to New York that were repeated when a grand jury declined to indict the officer.

Baltimore Deputy Police Commissioner Kevin Davis said the investigation into Gray’s death had revealed some new findings, including that the police wagon he was traveling in had made an additional stop, though he did not elaborate on the significance of this.

Meanwhile in New York, police said 143 people were arrested during related protests there on Wednesday night.

Protesters gathered in Manhattan’s Union Square on Wednesday, following calls on social media to demonstrate in solidarity with Baltimore, the site of daily demonstrations since Gray’s death on April 19.

Rallies also took place in Boston and the US capital Washington on Wednesday, as simmering anger over alleged police brutality and discrimination against blacks again bubble to the surface.

Baltimore protests turned violent Monday, and officials there have called for calm in the wake of the unrest, imposing a 10:00 pm to 5:00 am curfew, which remains in place.