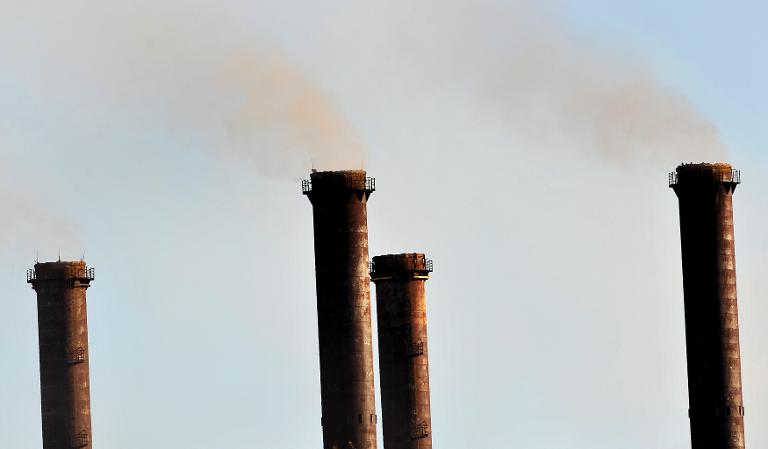 One out of six species faces extinction as a result of climate change and urgent action must be taken to save large numbers of animals from being wiped out, an analysis said Thursday.

The study, published in the US journal Science, found that a global temperature rise of four degrees Celsius could spell disaster for a huge number of species around the world.

“We urgently need to adopt strategies that limit further climate change if we are to avoid an acceleration of global extinction,” said study author Mark Urban, an ecology and evolutionary biology researcher at the University of Connecticut.

The analysis evaluated 131 previous studies about the impact of climate change on flora and fauna around the world.

It concluded that with each rising degree in global temperatures, more species were at risk.

A two degree increase, the study noted, could threaten 5.2 percent of species, while a three degree boost would put 8.5 percent of all species at risk.

“If we follow our current, business-as-usual trajectory (leading to a 4.3 degree Celsius rise)… climate change threatens one in six species (16 percent),” the study said.

Different regions of the world had varied extinction threats.

“Extinction risks were highest in South America, Australia and New Zealand, and risks did not vary by taxonomic group,” Urban said.

In South America, the most vulnerable region, 23 percent of species may face extinction.

Fourteen percent could be threatened in New Zealand and Australia.

Five percent of species in Europe could face extinction, compared to six percent in North America, the study found.

“Climate change is poised to accelerate extinctions around the world unless we adopt new strategies to limit it and implement specific conservation strategies to protect the most threatened species,” he said.

Meanwhile, a related study in Science Thursday found that marine fossils can help identify which animals and ocean ecosystems face the greatest risk of extinction.

A team of paleontologists and ecologists looked at marine animals that died out over the past 23 million years.

They found that some groups were more vulnerable than others and the threat varied regionally.

“Whales, dolphins and seals show higher risk of extinction than sharks or invertebrates such as corals. Clams and mussels — so-called bivalves — had about one-tenth the extinction risk of mammals,” the study found.

Regions of the tropics such as the Indo-Pacific and the Caribbean were most at risk. Climate change and other human-related activities such as fishing contributed to that vulnerability.

“Climate change and human activities are impacting groups of animals that have a long history, and studying that history can help us condition our expectations for how they might respond today,” said lead author Seth Finnegan, an assistant professor of integrative biology at the University of California, Berkeley.

But he said more research is needed to protect vulnerable species.

“There is a lot more work that needs to be done to understand the causes underlying these patterns and their policy implications,” he added.