Home Cityscape No bins at Delhi Metro station due to terror threat HC not... 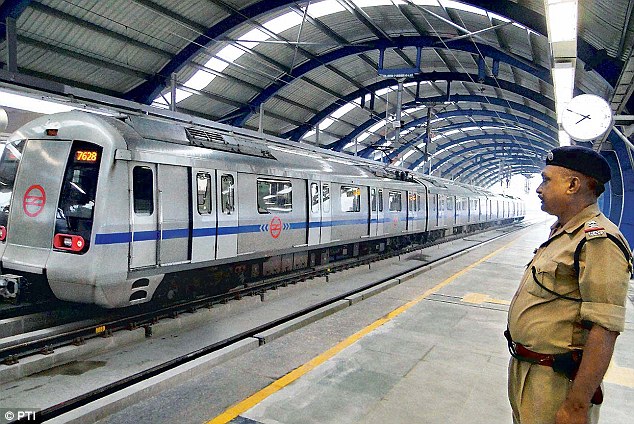 New Delhi: Delhi High Court on Friday told DMRC that not having dustbins on metro platforms due to fear of bomb blasts was a “very myopic view of security”, as airports and even railway stations have garbage bins.

The court, which directed Delhi Metro Rail Corporation (DMRC) to “examine viability of having spittoons and dustbins on the stations”, also queried it on whether drinking water and toilet facilities were easily available to commuters.

“Don’t you have dustbins at airports and bus stations? Can you protect people by not having dustbins? This is a very myopic view of security,” Justice Rajiv Shakdher said.

The court also directed DMRC to indicate on affidavit how many toilet and drinking water facilities are available at metro stations and whether the amenities are generally accessible to commuters.

“Show me toilets are available and can be easily accessed. Not telling you to redraw your stations,” the court said to DMRC. The court also issued notice to Centre, city government and DMRC, seeking their replies by August 11, the next date of hearing.

The orders and observations came on plea of Kush Kalra, a metro commuter who has sought directions to DMRC to provide safe drinking water, toilets and dustbin facilities to passengers of Delhi metro.

Advocate Kush Sharma, appearing for Kalra, argued in court “if a commuter was only travelling with a metro card and no money then he or she will not get a drop of water to drink at any of the stations for free” and alleged this was discrimination between those who have money and those who do not.

The court also refused to accept DMRC’s argument that non-availability of toilet and water facilities at all stations is due to the reason that journey on the metro is for short duration.

The court asked DMRC, “So what happens if an old or frail person or a child wants to relieve themselves or need drinking water? What about people suffering from medical ailments like diabetes? Don’t say only long distance travel requires toilets.”

DMRC also said water can be bought at nominal rates at all metro stations from the over 500 food outlets or kiosks. Sharma opposed the submission saying drinking water should be freely available to commuters as the facility is present at all airports, bus stations and railway stations.

During the proceedings, the court told DMRC, “You don’t know the amount of garbage a human being generates. People may throw stuff on platforms, if there are no dustbins. Why can’t you have it on the platforms and stations? What is the security concern?”

DMRC said it had removed dustbins after the 2008 blasts in Delhi apprehending they may be used for dumping bombs.

Justice Shakdher, however, was not satisfied by the claim and said,”I am not so sure. Have you received some input from intelligence agencies?”

Kalra in his plea has also sought direction to the government and DMRC to provide clean drinking water, dustbin facilities and toilets in the future projects of metro.