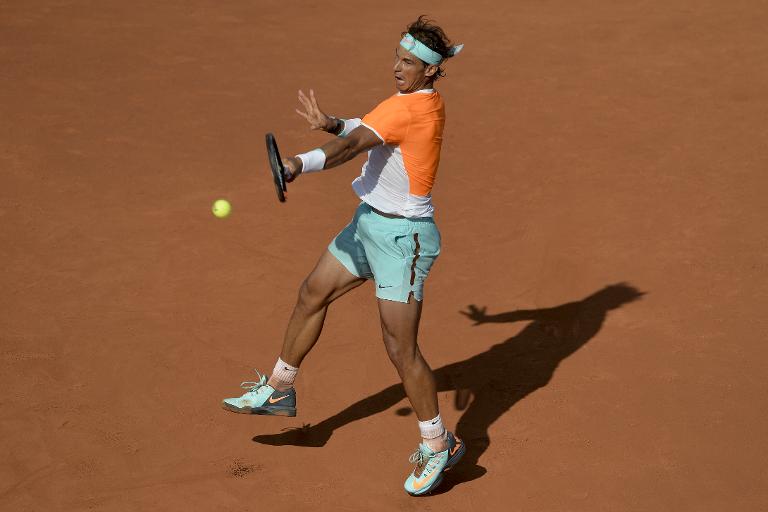 Rafael Nadal insisted Thursday that he will not panic over his worrying slump in form which has placed serious question marks over his dream of a 10th French Open title.

The 28-year-old Spaniard is down at four in the world rankings and has maximum points to defend at next week’s Madrid Masters where he is the double defending champion.

Nadal has just one title to his name this season — on clay in Buenos Aires — while his only victory over a top-10 player came against compatriot David Ferrer in Monte Carlo, where he went on to a tame semi-final loss to in-form Novak Djokovic.

But the 14-time major winner believes the clay courts of Madrid, where he was also champion in 2010, give him the perfect opportunity to jumpstart his bid for a 10th triumph at the French Open in June.

“I have the confidence that I am doing things well. When you do all you can, you can’t ask for any more,” Nadal was quoted by El Pais on Thursday.

“I need to have a balanced point of view that is not too negative or positive. If I maintain the same desire and work rate, I hope to once again have the same chance to compete for everything like I have in the past.”

Nadal’s most recent outing ended in a dispiriting third-round exit to Italy’s Fabio Fognini on clay in Barcelona, a venue where he had been champion eight times.

However, he believes Madrid can represent a turning point as he attempts to re-establish himself as a major force in the sport after an injury and illness-hit conclusion to 2014 which saw him miss three months of the season.

“Madrid has always brought me positive energy. Both the fans and the city have given me everything I could dream of. I know things have gone worse that I would have liked up until now, but that doesn’t negate my excitement to be here,” he added.

“I can only keep going. After so many ups and downs I am sure that the consistency I want to have will arrive. If you have the desire, and I have, you can turn the situation around.”