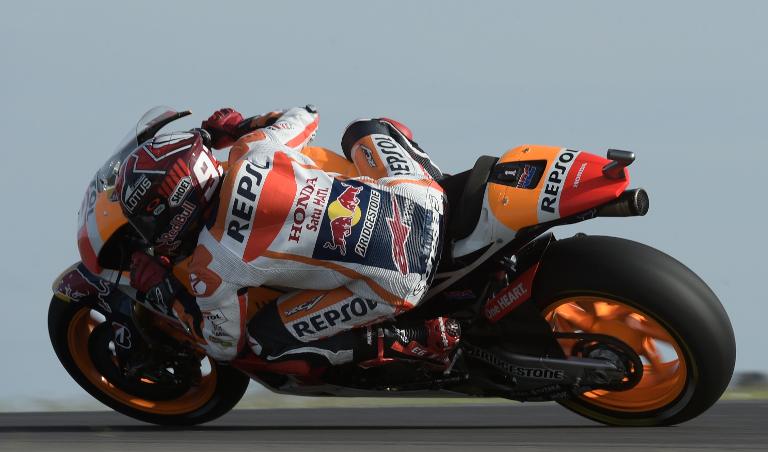 World champion Marc Marquez will be fit to ride on home soil as the MotoGP championship returns to Europe at the Spanish Grand Prix in Jerez despite breaking a finger in a training accident last weekend.

The Honda rider has had an up and down start to the season and suffered a further setback when he had to have surgery on the little finger of his left hand after a fall whilst dirt track racing in Barcelona.

“As you know, I fell during training last week and had the misfortune of breaking the little finger of my left hand. These things happen, we just have to deal with it,” Marquez said in his blog on Repsol.com.

“What’s important is that the operation went well and after the medical check, Iâ€™ll be able to go to Jerez, which is what really matters to me.”

Marquez had a record breaking start on his way to retaining the world championship last season by winning the opening 10 races.

However, despite claiming victory at the Grand Prix of the Americas earlier this month, he has been upstaged by seven-time MotoGP world champion Valentino Rossi.

The Italian won in Qatar and last time out in Argentina to open up a 30-point lead on Marquez, who is languishing down in fifth in the standings.

“These first three races have been very positive, although some of these circuits are not my favourites nor of the Yamaha,” said Rossi, who has won six premier class races at Jerez.

“The championship is still very long. I feel good and returning to Europe is nice.

“I really like the Jerez GP. The track is beautiful and also the atmosphere is fantastic. It also has very fast turns and I like that a lot. I did good races at this circuit in the past and I’ll try to have a good race also this year.”

Ducati’s Andrea Dovizioso and Andrea Iannone complete an all-Italian top three in the championship standings, but the serious threat to Rossi’s bid for a first world title since 1999 is likely to come from Marquez or teammate Jorge Lorenzo.

Two-time world champion Lorenzo has also made a sluggish start to the season as he has failed to make it into the podium and lies a solitary point ahead of Marquez in fourth.

However, he is hoping home comforts can push him back into championship contention this weekend.

“After the three first races of the championship I have to say that, though the results werenâ€˜t as I expected, this season is still long, so we are very focused on working hard and trying to get better results from now on.

Honda’s Dani Pedrosa misses out again, though, as he still hasn’t recovered fully from an operation on his forearm after the opening race of the season.