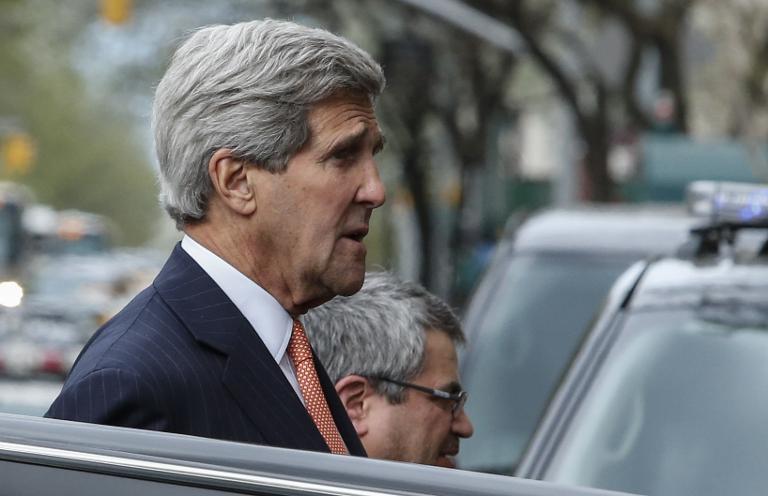 Top US diplomat John Kerry left early Friday on a landmark trip to Sri Lanka, the first such visit in a decade to the Indian Ocean island as it returns to the diplomatic fold.

Kerry is due to arrive around dawn Saturday in Colombo, becoming the first US secretary of state to set foot in the South Asian nation since Colin Powell, who visited in 2005 in the wake of the devastating Asian tsunami.

Kerry will meet with new President Maithripala Sirisena, who was elected on January 8 as he unseated long-time strongman Mahinda Rajapakse at the ballot box.

The United States and Europe have hailed Sri Lanka’s stunning democratic transition hoping to turn the page on years of discord caused by the former regime’s brutal crackdown on separatist Tamil Tiger rebels.

Rajapakse won a landslide re-election victory in 2010, but critics say he failed to bring about reconciliation in the years that followed his crushing victory over the Tamil Tiger separatist group in 2009.

Sirisena has taken steps towards reconciliation with ethnic minority Tamils following the decades-long war which claimed at least 100,000 lives. There were allegations that at least 40,000 Tamil civilians were killed.

His government has pledged to investigate war crimes allegedly committed during the conflict in sharp contrast to former strongman Rajapakse who insisted no civilians were killed by his troops.

Under the plan, the government pledged to carry out a corruption probe into the Rajapakse regime and cooperate with a UN inquiry into any human rights abuses carried out in the civil war.

“The visit is intended to show that the US government supports and applauds this vision, this effort,” the State Department official said.

It also aims to show there is a “future where we have a very good and mutually helpful relationship with a country that can be… a real beacon of democracy, of human rights, of reconciliation, where civil society and religious minorities can live freely.”

The UN, backed by the United States, has been investigating possible war crimes during the civil war for more than a year. In February however, the UN postponed its report at Colombo’s request to allow more time for Sri Lanka to complete its own investigation.

“We’ve always said that we support a domestic-driven process that is credible and viewed as credible by the Sri Lankan people,” the US official said.

From Sri Lanka, Kerry is due to travel to Nairobi and then on to Djibouti before returning to Washington around May 8.

He will become the first ever secretary of state to visit Djibouti, a Horn of Africa country which has been thrust into the spotlight as thousands flee the chaos in Yemen, lying just across the narrow Red Sea Straits.