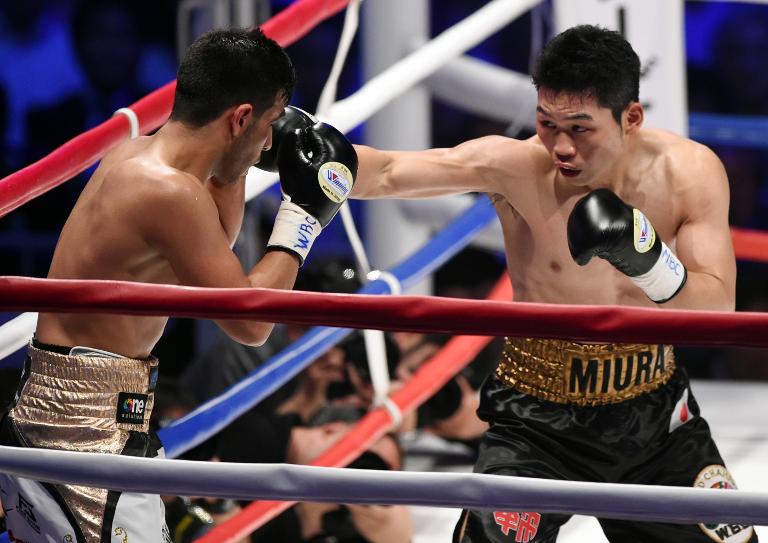 The 30-year-old champion, who had to be pulled apart from Dib at a tempestuous weigh-in 24 hours earlier, bossed the first two rounds in Tokyo before a vicious left hook sent his rival stumbling into the ropes in the third.

With Dibs legs still wobbling, the referee called a stop to the fight with a minute, 32 seconds remaining in the round, deciding that the former featherweight champion was unable to continue.

“He was keeping his distance but I gradually got to work inside,” Miura told reporters after improving his record to 29 wins, 22 of them by knockout, against two draws and two defeats.

“I got the job done with that one left hand, which was the reward for my patience. That was one of my best knockouts yet. I feel I’m getting stronger all the time and that gives me a lot of confidence.”

Dib, who had reacted angrily to being stared down by Miura in the build-up to the fight, suffered his fourth loss in 44 professional bouts after getting caught flush on the chin by one of the hardest punchers in the division.