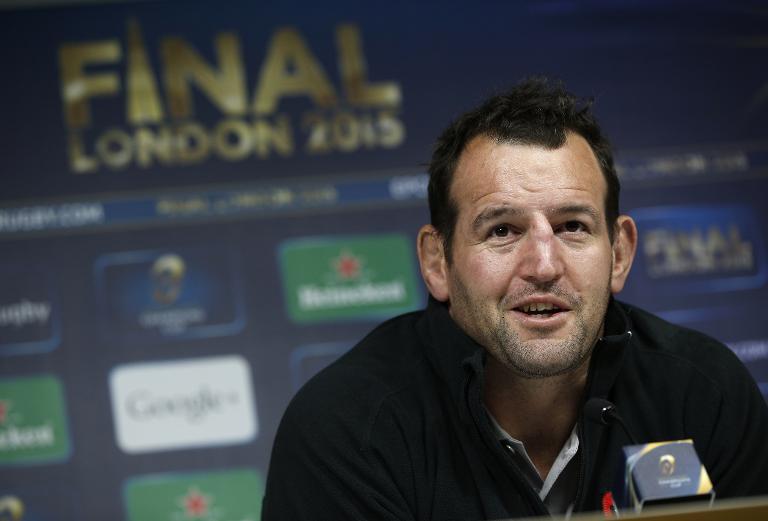 New Zealand’s Carl Hayman is determined to add to his “amazing” time at Toulon by leading the side to an unprecedented third successive European title when they face French rivals Clermont in Saturday’s Champions Cup final at Twickenham.

No side has won three straight European titles, with New Zealand’s Crusaders, who won three successive Super Rugby crowns from 1998-2000, the only club to have completed a comparable feat.

Saturday’s match has an extra edge as Hayman, capped 45 times by the All Blacks from 2001-2007, is one of several Toulon players, along with former Test locks Ali Williams (New Zealand) and Bakkies Botha (South Africa), who is retiring at the end of the season.

“It always means a lot,” the 35-year-old Hayman told a Twickenham news conference on Friday.

“This is why we are here, this is why we train to get to this stage and make a final and to have the chance of winning.”

Hayman added: “There are a lot of guys leaving at the end of this year but that is not going to win us the match.

“Being concentrated on our performance is going to go a long way to seeing us to victory tomorrow.”

As for matching the Crusaders’ treble, Hayman said: “If we are able to win a third (European) title on Saturday, I’m sure this team will go down as one of the greats.”

Asked about his time in France, Hayman, who played for the Highlanders before joining English Premiership side Newcastle after the 2007 World Cup, said: “It’s been an amazing experience for me.

“It’s been five years now since I’ve moved to Toulon and in that time I’ve experienced a lot on the rugby field and also a lot off the rugby field, learning a new language, meeting new people, experiencing a culture that’s a bit different to ours in New Zealand — sadly it’s going to come to an end, but that’s life.

“Some of the memories I’ve had with this team are memories that are going to stay with me for life.”

The tighthead prop will be a tough act to follow but Toulon had to find a trio of internationals in Wales’ Leigh Halfpenny, Australia’s Matt Giteau and Hayman himself to replace ‘three-in-one’ England great Jonny Wilkinson, who retired last season after skippering the side to a French Top 14 and European double triumph.

Wilkinson is with the squad this weekend and Toulon coach Bernard Laporte said: “Jonny would occupy three functions: fly-half, goal-kicker and captain.

“He was exemplary every time and this is why we decided this season to give those three things to three different players.

“Leigh Halfpenny is like Jonny’s copy when it comes to kicking, then you have Matt Giteau to run the side from fly-half and Carl Hayman to lead the team as captain,” said former France coach Laporte.

Organisers have come under fire for not scheduling Saturday’s showpiece in France, given the likelihood of at least one French finalist.

Twickenham, which holds some 82,000, may barely be half-full on Saturday and Laporte said: “I’m not here to fuel controversy, but it’s a shame our supporters cannot take part in the party.

“The club is part of their life and the fact they cannot come because it’s too far and too expensive is a shame.

“Of course they could have come (more easily) if it was in Paris or Lyon, and we’re sad for that.”

France centre Maxime Mermoz has been ruled out with a wrist injury, with his place taken by Argentina’s Juan Martin Hernandez in a multi-national Toulon backline featuring Australia’s Drew Mitchell and South Africa’s Bryan Habana on the wings.