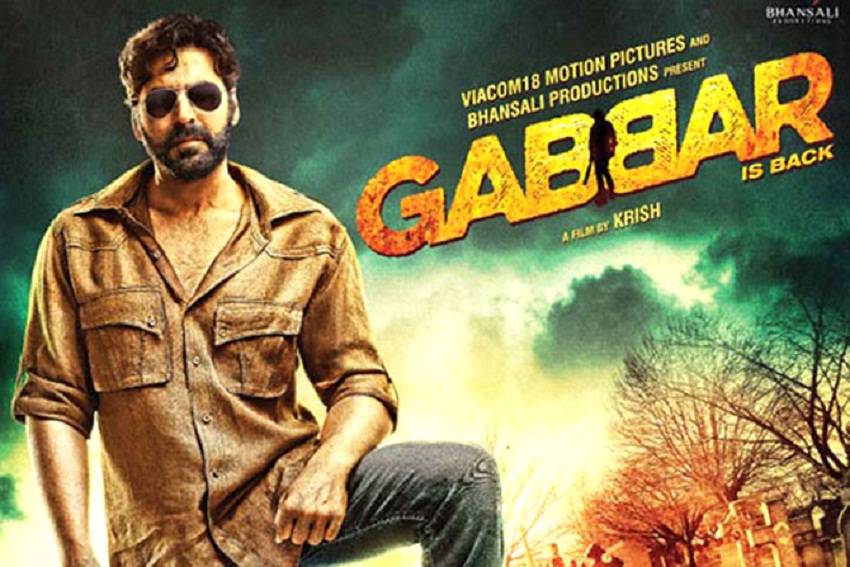 The saga of a struggling hero who takes on the might of a corrupt system should have been a rousing movie experience. ‘Gabbar is Back’ isn’t.

Southern director Krish’s Hindi-language debut is a strangely inert, if not entirely inept, action film that fails to rise above the pedestrian.

The film’s lead actor Akshay Kumar brings his customary enthusiasm to the table in playing a not-so-docile college professor who turns into a ruthless corruption-buster.

This Gabbar is, of course, no villain. He leads a group of students in a mission to weed out dishonest bureaucrats and policemen. The hero’s rationale is as vague as the rest of the film.

The law enforcement agencies are on his trail. But they are never anywhere near cracking the Gabbar mystery until the unstoppable anti-corruption evangelist decides of his own volition that his mission is complete.

Unfortunately, the screenplay of ‘Gabbar is Back’ is riddled with loads of cliches and marred by complete lack of logic, both of which severely undermine the impact of the narrative.

So, forget ‘Sholay’, this film isn’t even in the ‘Dabangg’ and ‘Singham’ league as an action-packed entertainer.

The reason: the protagonist’s clean-up mission progresses only in fits and starts, with much of the 130-minute footage being devoted to the film’s gratuitous romantic track featuring a palpably miscast Shruti Haasan.

‘Gabbar is Back’ has a villain who holds no dread for the hero. Played by Tamil-Telugu screen actor Suman Talwar, he is a real estate magnate who manipulates the bureaucracy to do as he pleases.

The hare-brained plot premise is the principal undoing of Gabbar is Back. The characters lack dynamism and conviction, and the acts that propel the story forward are far too contrived and labored to be convincing.

Particularly weak is the gallery of supporting characters, which includes a rotund Mumbai police officer who treats his driver and errand boy, Constable Sadhu Ram (Sunil Grover), like dirt.

The bumbling cops are put in their place by CBI officer Kuldeep Pahwa (Jaideep Ahlawat), sent from Delhi to lead the investigation. He struts around like he owns the police, hectoring the cops at will. Not done, but this isn’t a film that believes in subtlety.

Along the way, the film raises many themes ranging from the greed of healthcare providers to the unholy nexus between the real estate mafia and politicians.
But the pronouncements that it makes are half-hearted and facile, when they are not preachy.

One district collector that Gabbar and his men brutally punish is guilty of depriving farmers of their share of water and driving them to suicide.

That is the closest ‘Gabbar is Back’ gets to reflecting the politics of the day. The rest of the film is a fluffy and fanciful yarn in which good guys play bad to send the wrongdoers packing.

‘Gabbar is Back’ is only for inveterate Akshay Kumar fans. For the rest, another viewing of ‘Sholay’ might be infinitely more rewarding.