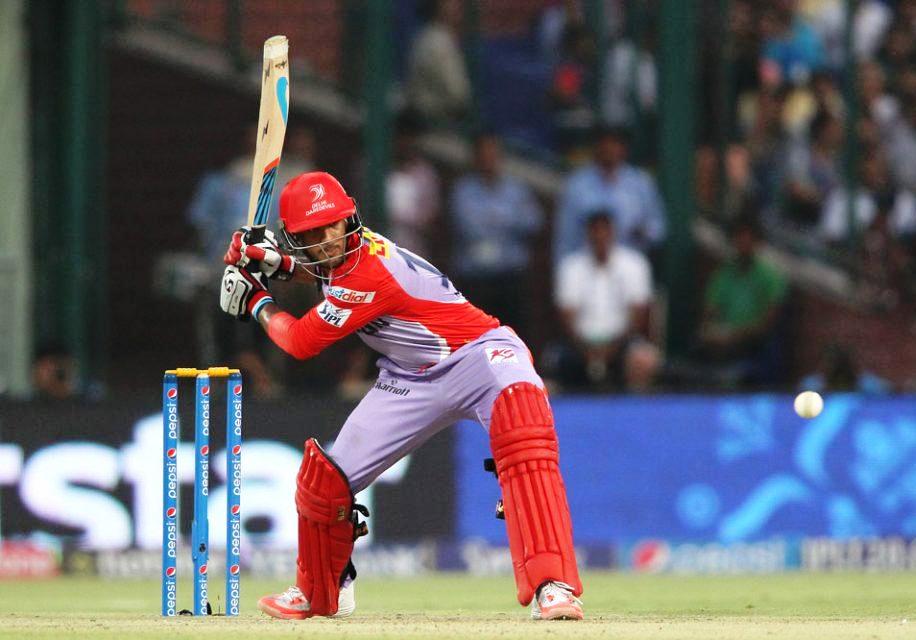 Hyderabad: Delhi Daredevils roared to an authoritative win against a sloppy Kings XI Punjab, claiming the match by 9 wickets on Friday.

In reply to the mediocre target of 119 set by the Kings XI Punjab, Delhi Daredevils opened with Mayank Agarwal and Shreyas Iyer, their tried and tested opening pair, who flew off with the score to 33/0 in 5 overs.

The fours and sixes kept coming at regular intervals, with the scorecard reading 75/0 in 10 overs, the Delhi side requiring 44 runs from 60 balls.

The whooping continued from the Delhi side with Iyer notching up his half century in the 12th over. Their first wicket fell in the form of Iyer, who was taken by Thakur for 54, but the damage was already inflicted. Delhi outfit sealed the deal with 37 balls remaining, Agarwal (52) steering the team to a win.

Winning the toss, the Delhi Daredevils invited the Kings XI Punjab to set up a total for them. Opening the innings for the Punjab side were Virender Sehwag and Shaun Marsh, but as always, Sehwag fell in the very first over, dismissed by Zaheer Khan for 1, bringing Manan Vohra into the middle.

There was no time for the Punjab side to settle down as their second wicket tumbled in the form of Marsh, who was taken by Duminy for 5.

The new man in was Saha, but just when he got in, Punjab team suffered its third blow in the form of Vohra, who was scalped by Zaheer again for 1, their next casualty plotted by Coulter-Nile who plucked Saha for 3. At the end of 5 overs, Kings XI Punjab was on 16/4.

It was post this that George Bailey and David Miller got together, but Baileyâ€™s stay was cut short by Mishra for 18 in the 8th over, bringing Perera in, but he barely lasted, falling for 3, taken by Coulter-Nile, reducing the score to 46/6 at the end of 10 overs.

Patel and Miller got together, and consolidated for all the lost wickets, taking the score swiftly to 74/6 in 15, and then stepped on the accelerator to pump up the scoring rate.

The 18th over, however, saw the Delhi Daredevils roar back into the match, plucking two wickets â€“ Patel (22) and Miller (42), both taken by Coulter Nile. The Kings XI Punjab managed 118/8 at the end of their stipulated 20 overs.