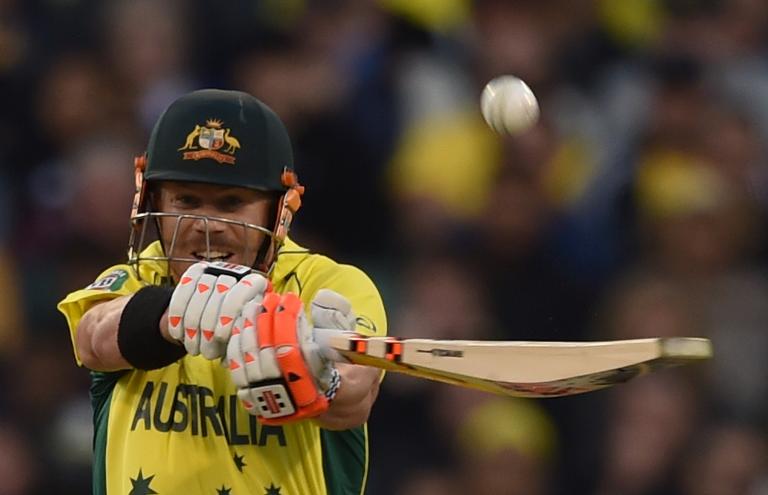 The conglomerate, which was behind the now-defunct Indian Cricket League (ICL), also reportedly wants to create a breakaway world governing body for the sport, prompting the International Cricket Council (ICC) to investigate.

The ICL folded in 2009 amid accusations of match-fixing while some players remain unpaid.

Fairfax Media on Friday reported that captain Clarke and opener Warner have been earmarked for tempting 10-year deals, as Essel tries to lure the world’s leading players away from their national boards.

Neither Clarke nor Warner have commented on the matter.

“We are aware of the reports around a rebel league and they remain highly speculative, particularly given the proposed scale and complexity,” Cricket Australia chairman Wally Edwards said in a statement.

“Australian cricket has never been in better health. Record crowds, television audiences, grassroots participation and commercial support continue to drive record revenue which means player payments have never been higher and will only increase.”

Edwards said any formation of a rebel league would significantly jeopardise the well-being of the game.

He indicated that the reported figure of Aus$50 million over 10 years was not much higher than the current earnings of Australia’s top players, believed to be around Aus$4 million a year.

“As it stands, Australia’s cricketers are the highest paid athletes of any team sport in the country and the earnings of our top-ranked players would already be close to the numbers referenced in today’s media reports,” Edwards said.

“But our pay structure is broader than that. It’s about supporting professional cricket at both international and domestic level.

“The success of international cricket directly subsidises the wages of state cricketers.

“Any proposed rebel league would jeopardise that.”

In an official statement released this week, the Essel Group spoke of an immense opportunity to make cricket a global sport.

“Essel Group has been analysing the sports market and the reports reflect an extremely positive trend,” the statement said.

“In order to enhance the overall sports business, we look forward to the entry of other Indian business houses as well.”

Lalit Modi, the man who created the Indian Premier League, has admitted he was involved in discussions with Essel on the idea, only to withdraw because he did not think it could be pulled off.

“I don’t think the plan is executable unless they go out and do some magic,” Modi told The Guardian.

Chandra is reportedly not the only one interested in exploiting disillusionment in the game, following the recently restructured ICC financial model that favours Australia, India and England.

Former world players’ union chief Tim May said several other organisations had sounded him out about entering the cricket market.

“There is a general dissatisfaction with the game’s governance, how it’s run and the inequity of the game’s finances and there are other bodies around that would believe they can globalise the game of cricket in a more equitable fashion than the current administration,” May told Fairfax.

Essel, which owns the broadcaster Zee TV, has in recent months registered companies in Australia, New Zealand and Scotland, with names that give the appearance of being cricket boards, Australian Associated Press said.

The Guardian newspaper reports the ICC is also looking into website domains including worldcricketcouncil.co.in and globalt20.com.