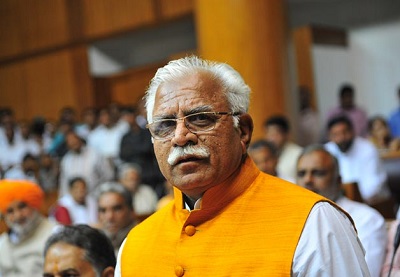 He was addressing the media after the completion of his government’s six months in the office.Â

“We are working on interrupted power for Gurgaon within one year,” he said, addressing the media.Â

“We are stressing on fast tracking infrastructure, nine new National highways to pass through Haryana,” he said.

Khattar added that the government willÂ focus on public welfare.

When asked about the Ramdev controversy, he said, “I asked him if he can change the name of the medicine but he told me that it is not for a male child, but is the name of a herb.”

He emphasized on his government’s transparent governance policy and assured people that he will provide a corruption free government.Â

The chief minister also said that the government will ensure effective disaster management for the state and said that there will be a women police station in every district by Rakshabandhan.
Â