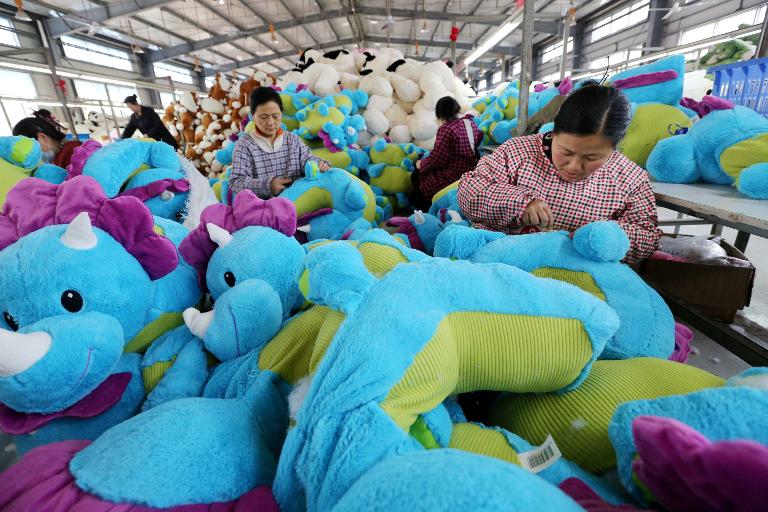 China’s manufacturing activity expanded modestly in April for the second straight month but the rate of growth failed to accelerate, the government said Friday, as the world’s second-largest economy struggles to pick up steam.

The official Purchasing Managers’ Index (PMI) released by the National Bureau of Statistics came in at 50.1 last month, the same result as March when the gauge showed growth for the first time this year.

The index, which tracks activity in factories and workshops, is seen as a key barometer of the country’s economic health. A figure above 50 signals growth, while anything below indicates contraction.

January’s reading of 49.8 was the first shrinkage in more than two years and added to worries about China’s economic outlook.

Some analysts, however, were cautiously optimistic.

“The continued expansion of the official PMI suggests that the growth momentum is picking up, though modestly, thanks to the rise of newly started projects and monetary policy easing,” ANZ economists Liu Li-Gang and Zhou Hao wrote.

China’s economy, a key driver of global growth, expanded 7.0 percent in the first quarter of 2015, against 7.3 percent in the final three months of last year, in the worst result since 2009 at the height of the global financial crisis.

The economy is also slowing on a longer-term basis. Gross domestic product (GDP) expanded 7.4 percent in 2014, the worst full-year result since 1990, when China was hit by international sanctions after the Tiananmen Square crackdown.

Chinese authorities are happy to accept a slowdown however, as they seek to rejig the country’s economic model away from reliance on heavy investment and make consumer spending the main growth engine.

But they are sensitive to it getting out of hand and have unveiled several stimulus measures to support the economy, including two interest rate cuts since November and twice this year reducing the amount of cash banks must keep in reserve.

“As the economy still faces strong headwinds and the risk of deflation has not diminished, the authorities will need to continue to roll out easing measures in the coming months,” the ANZ economists added.

There are concerns about weak inflation in China, though the consumer price index (CPI) held steady in March at 1.4 percent, the same as February.

The CPI had slumped to 0.8 percent in January, the lowest since November 2009.

But the producer price index — a measure of costs for goods at the factory gate and a leading indicator of the trend for CPI — declined for the 37th straight month in March, falling 4.6 percent year-on-year.

Nomura economists also said that official measures appear to be having some positive effect, though the overall outlook remains shaky.

“It seems policy easing may have kicked in and firms may have begun to increase investment expenditures,” Zhao Yang, Nomura’s chief China economist, and colleagues said in a note.

“However, in our view, this sequential improvement is still quite fragile and still needs more support from further policy easing.”

Friday’s official PMI announcement comes after banking giant HSBC’s own survey of manufacturing activity showed a decline to a 12-month low in April, to 49.2.