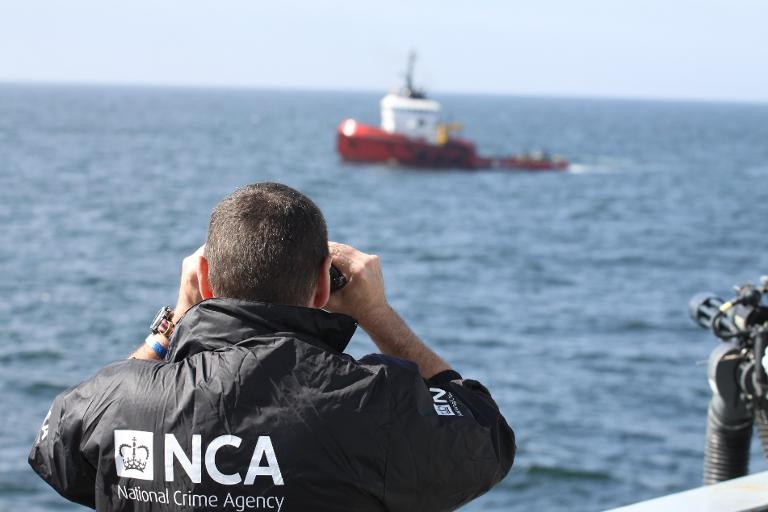 A cocaine seizure off Britain’s coast last week yielded what is thought to be the country’s biggest-ever haul of hard drugs, potentially worth three-quarters of a billion dollars, authorities said.

More than three tonnes of cocaine were found on board a Tanzanian-registered tug boat that was intercepted by the Royal Navy last week and taken to be searched in a Scottish harbour.

Britain’s National Crime Agency (NCA) said that depending on purity, if cut and sold on British streets the haul would have a potential street value of over Â£500 million ($770 million, 685 million euros).

“The search of this vessel has been lengthy and painstaking, undertaken by hugely skilled specialists working in difficult conditions,” said NCA senior investigating office John McGowan.

“The result is this massive discovery — believed to be the biggest single class ‘A’ drug seizure on record in the UK and likely to be worth several hundred million pounds.”

Britain classes drugs “A” “B” or “C”, with class “A” those deemed the most dangerous, such as cocaine and heroin.

The crew of nine Turkish nationals aged between 26 and 63 have all been charged with drugs offences. They have not made any statements and remain in custody.

The drugs were discovered after French customs flagged the ship to British authorities, saying it had left the Canary Islands off west Africa and was following an unusual course towards northern Europe.