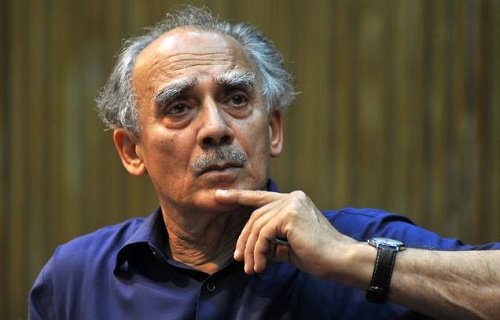 Shourie accused Modi of poor handling of the Indian economy and turning a blind eye to the attacks on minorities and their institutions by the right-wing fringe groups.

In an interview to a leading news channel, Â Shourie criticized the Prime Minister for his poor handling of the Indian economy. Asked if the Modi government had done enough to put India on the path of 8 per cent growth which may soon rise to 10 per cent, Shourie said that it was “all hyperbole”. “Such claims are meant to grab headlines but lack substance,” he said.Â

Shourie seemed particularly harsh on the trio of Modi,Â Amit ShahÂ and Arun Jaitley, claiming these three individuals ran the BJP. “It has offended the opposition as well as frightened the members of the BJP,” he said.

Shourie further slammed ‘Modinomics’, labeling it directionless. He alleged that the government was more concerned with ‘managing headlines’ than the big picture. The government seems to be more concerned with managing headlines than putting policies in place. The situation is like the many pieces of a jigsaw puzzle lying in a mess with no big picture in mind about how to put them together,” he said.

Shourie was also critical of the Prime Minister on his Pakistan policy. “Like all previous prime ministers Modi was prone to the belief he could change the relationship. The PM must free himself of the illusion of out of box thinking,” he said during the interview. “Handling relations with Pakistan requires steadier thinking,” he added.Â

He, however, praised the government on its improved relationship with other countries.Â

The former minister during the Vajpayee government said government needs to reach out of ministries to look for experts.Â

Shourie headed the Ministry of Disinvestment, Communication and Information Technology during the first NDA government and is considered one of the foremost voices on the economy. Shourie has not found a portfolio in the present Modi-led government.