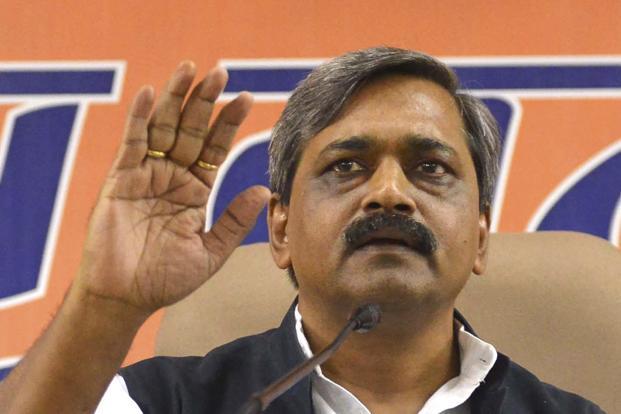 New Delhi: Bharatiya Janata Party (BJP) workers staged a protest against the Aam Aadmi Party (AAP) Government in Delhi on Friday to reiterate their demand for the resignation of Law Minister Jitender Singh Tomar for having an alleged fake degree from a university in Bihar.

Led by Delhi unit chief Satish Upadhyay, BJP activists were stopped by police near the Times of India building in ITO, as they attempted to march towards the Delhi Police Headquarters.

“Our fight is not with the Delhi Police. Our fight is with those people committing fraud in Delhi. Government officials of Delhi are being tagged as fraud and liars, and they are being beaten up,” Upadhyay told media here.

On Thursday, Tomar said he would tender his resignation if asked to do so byÂ AAPÂ chief and Delhi Chief Minister Arvind Kejriwal.

“If my leader asks me to resign, I will give my life, let alone the resignation…… Nobody has any problem in my party. My party and my leader knows that I’m alright,” said Tomar.

Tomar had also lashed out at theÂ BJPÂ and said that it had used its full force for the past one year to fabricate and tamper with records.