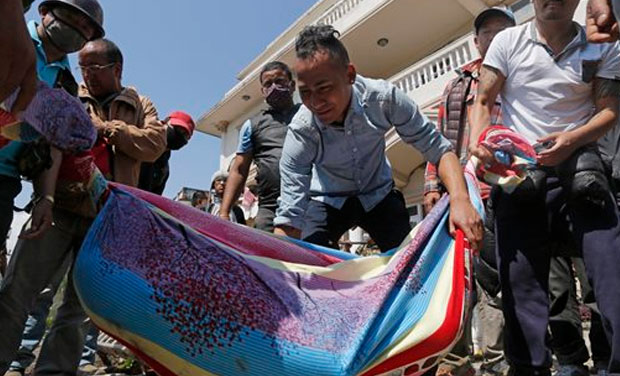 New Delhi: The Indian military’s swift evacuation of thousands of Indians from earthquake-hit Nepal has put China’s PLA on the defensive with questions raised as to why its efforts to rescue stranded Chinese nationals did not match those of India.

The media in China has questioned why air force planes were not deployed to airlift over 8,000 Chinese, many of whom are still stranded in Nepal.

In a rare comparison of India’s military with the People’s Liberation Army (PLA), the world’s largest, Chinese defence spokesman Geng Yansheng was on Thursday confronted with the question at a briefing as to why the military did not use planes to airlift stranded Chinese when India had done so to ferry its nationals.

There is considerable annoyance in China over the slow process of airlifting of Chinese tourists as well as workers employed in various Beijing-funded projects in Nepal as the task was given to a number of civilian airlines. There were also reports of some airline companies demanding heavy fares, but they were subsequently denied.

Besides airlifting thousands of its citizens, the Indian Air Force also transported about 170 foreign nationals from 15 countries to India. Several others were also transported through special buses from across the border to Bihar.

Defending the move to use civilian aircraft, Geng said “Whether to use military aircraft to transport people from a disaster area â€” this is to be decided by various factors.”

He said that after the earthquake, the Chinese government had organized a number of civilian commercial flights to evacuate Chinese citizens stranded in Nepal. He added that soon after the quake, three helicopters from Tibet flew in food and water to a number of Chinese employees working on a hydel project and some of them were even airlifted.

India’s quick response to send search and rescue teams besides relief supplies has been reported by sections of the Chinese media, while China too dispatched rescue teams and planes with supplies, by which time the Indian presence on the ground had swelled. Earlier, the Chinese foreign ministry had played down reports of competition with India to assist quakehit Nepal and offered to work with New Delhi “positively” in the relief efforts to help the Himalayan nation overcome the crisis.