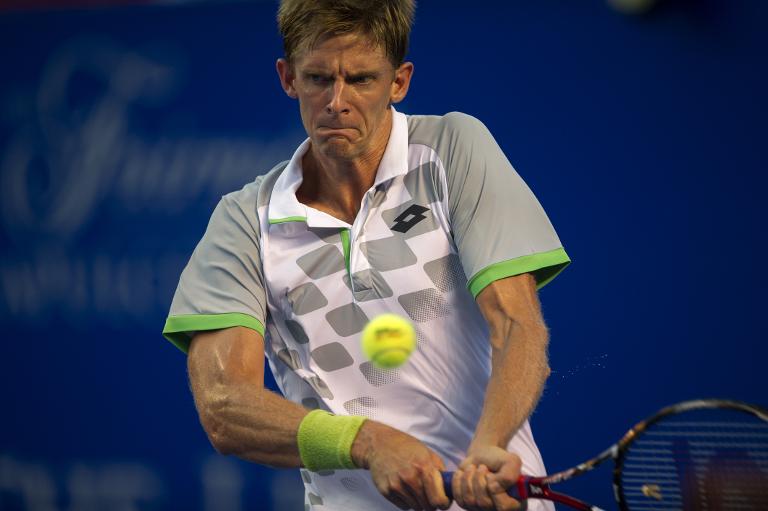 South Africa’s Kevin Anderson joined the exodus of Estoril Open seeds Thursday when he slumped to a 6-4, 3-6, 6-1 defeat to Spain’s Guillermo Garcia-Lopez on the back of nine double faults.

The exit of second-seeded Anderson left the rebranded claycourt event without its top four players even before the quarter-final stage.

Fifth-seeded Frenchman Richard Gasquet, a finalist in 2007 and 2012, remains the highest seed still in contention along with number seven Nick Kyrgios and number eight Gilles Muller.

Muller reached the last eight as he posted a 4-6, 6-3, 7-6 (9/7) defeat of two-time champion Albert Montanes, saving two match points in the tiebreaker.

Anderson went down in just over two hours, losing serve three times but crushed mainly by his serving errors.

He contributed his last double-fault in the penultimate game on a break point to trail 5-1 before being put out of his misery a game later.

Anderson has reached the semi-finals or better four times this year and now stands 33-31 on clay for his career.

The 31st-ranked Garcia-Lopez owns titles this season at Zagreb and won on clay in Bucharest last weekend. He now stands 18-8 in 2015 and 7-1 on clay.

“The first match of a tournament is always difficult and Anderson is a very aggressive player.”

“I’m playing with confidence right now and hope to win another round or two.”

Garcia-Lopez’s best Estoril showings were semi-finals in 2005 and 2010.