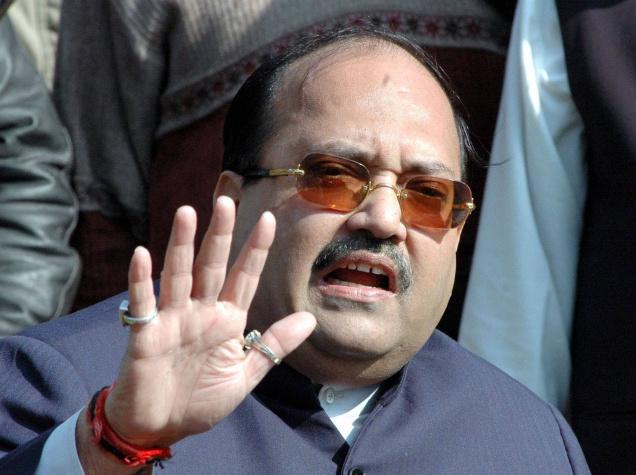 Lucknow: The sudden visit of Amar Singh to the state capital, coupled with over three-hour long closed door meeting with the first family of Uttar Pradesh, has again sent another wave of speculation in the political circles here today.

A lot of speculative stories about Amar Singh rejoining the party had been doing rounds in the ruling Samajwadi Party since last few months.

Amar Singh, once the man-friday of SP chief Mulayam Singh Yadav, has already made up with the SP leadership though the senior Yadav and his Chief Minister son Akhikesh Yadav had always desisted from speaking against him. They had parted ways in early 2010 but came close again last year.

Amar Singh, who came here on Thursday evening, met Mulayam and his younger brother Shiv Pal Singh Yadav fuelling the kite flying in the political arena of the state.

The party sources, however, declined any comment on this saying it had no political significance.

The party insiders said the party ‘guardian’ Mulayam Singh not only gave a pep-talk to them but also discussed with them, the possibilities of a cabinet reshuffle in the state. It is understood that the party supremo is not happy with the performance of some ministers of Akhilesh council and want them to be replaced.

The scenario of UP politics in the wake of the decision to form ‘Janta Pariwaar’ was also discussed in the meeting, learnt through reliable sources.