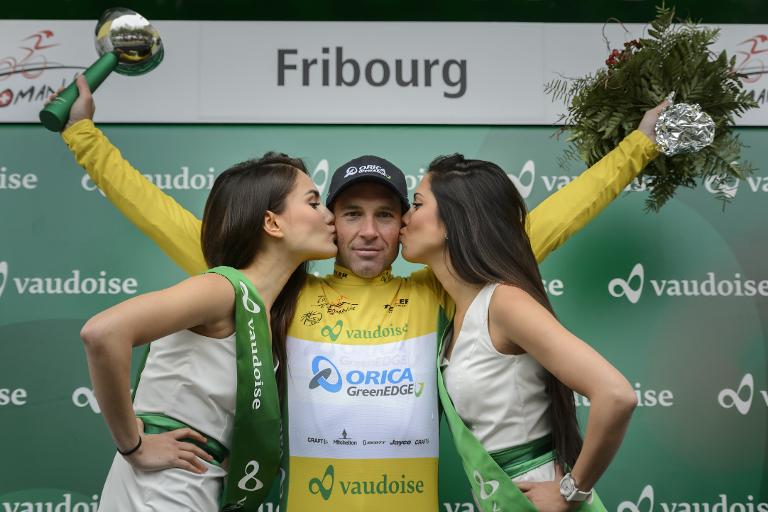 Kueng, the 21-year-old world individual pursuit champion, was part of an early five-man breakaway to the 168.9km ride from Neuveville to Fribourg.

Albasini will have to work hard to keep the yellow jersey on Saturday’s mountainous fifth stage.

Briton’s Chris Froome is lurking in third in the overall standings, only 20sec off the pacesetter.

Saturday’s 162.7 km ride will take the peloton from Fribourg to Champex-Lac with three climbs, including the category one Col des Mosses.