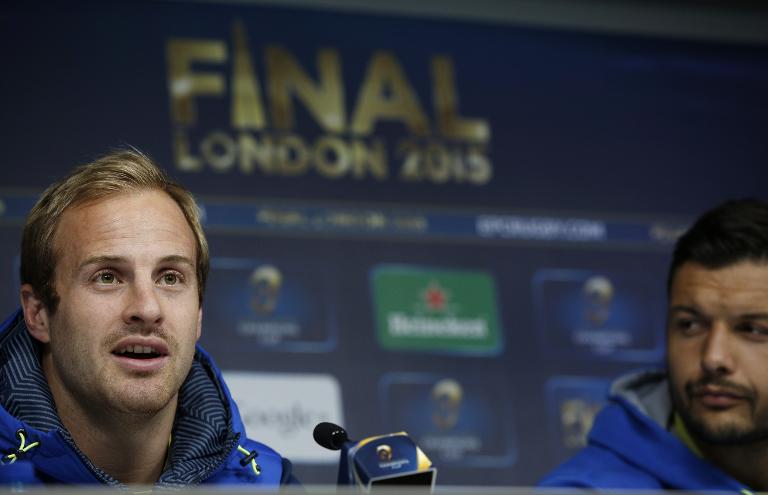 Nick Abendanon has insisted he’ll have no problem putting the ongoing debate about his England future to one side when he lines up for Clermont in the European Champions Cup final on Saturday.

The former Bath full-back has seen his decision to leave the English Premiership club vindicated by reaching European club rugby’s showpiece final in his first season at Clermont, who face French rivals Toulon at Twickenham.

Abendanon, 28, has been in fine form for Clermont, with compatriot Steffon Armitage starring for Toulon in a superb back-row.

But as things stand, both players will miss this year’s World Cup in England, with Red Rose coach Stuart Lancaster so far holding firm to the Rugby Football Union’s policy of refusing to select players at overseas clubs for Test duty, save in “exceptional circumstances”.

“To be honest with you I know there’s been a lot of talk about the World Cup, but at the end of the day it’s got nothing to do with how well me and Stef are going to play tomorrow,” Abendanon told reporters at Twickenham on Friday.

“We’ve both done our part for our teams to get ourselves into this position in the first place and Stuart’s going to be the only one who can make that decision.

“I’m sure we’ll just go out and do exactly as we have done throughout the tournament and it’s out of our hands so there’s nothing we can really change.”

Abendanon, who won just two Test caps in his 10 years at Bath, was in no doubt that playing for Clermont had enhanced his skills.

“I think I’ve definitely improved as a player,” said Abendanon.

“The reason I left Bath in the first place was to come to a team like Clermont that would compete for titles and in the Champions Cup.

“To have reached a final in my first year at the club is a dream come true.”

He added: “For everyone who has worked so hard this year in the whole of the club it’s a tough task to keep performing every week in this competition.

“But there’s one more job to get done tomorrow.

And Abendanon knows that in order to win what he said promised to be a “great spectacle” against a Toulon side bidding for an unprecedented third successive European title, it was vital Clermont did not give away penalties within kicking range of his opposite number, Wales star Leigh Halfpenny.

“Leigh’s a great player, he’s obviously shown over the last three years his class and running lines,” said Abendanon of the British and Irish Lions full-back.

“He’s a player with a lot of experience and he’s one of the integral players in their team when it comes to keeping their scoreboard ticking over.

“He’s a fantastic kicker of the ball and for us to counteract that our discipline needs to be 100 percent accurate to take that away from them.”

Clermont have yet to be crowned kings of Europe, having suffered an agonising 16-15 loss to Toulon in the 2013 final in Dublin.

Damien Chouly, the Clermont captain, played in that match, as did several of his team-mates this weekend.

But Chouly insisted revenge was not part of Clermont’s agenda.

“For the last two years, we don’t have the exact same team,” the back-row forward said.

“We are not looking back, we are looking forward,” Chouly added.