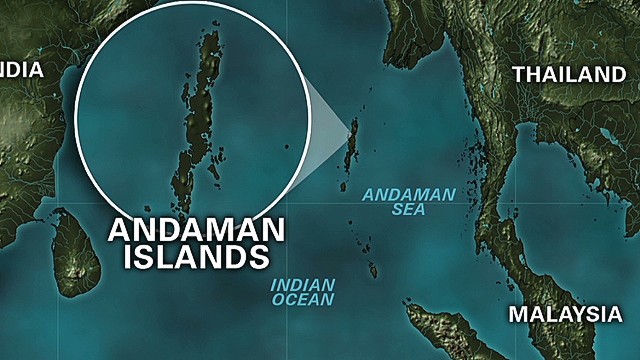 New Delhi: Hot on heels of the massive 7.9 magnitude earthquake that shook up Nepal just days back, there was yet another ground shaking episode, this time in the Andaman and Nicobar Islands.

At about 2.30 pm on Friday, people belonging to the Island were in for a rude and scary shock as an earthquake measuring 5.1 on the Richter Scale forced people out of their homes. Despite the quake, experts havenâ€™t released any tsunami warning as of now.

Off the Indian Ocean, any seismic activity in this highly earthquake prone region usually triggers off tsunami alerts, but nothing of that sort has happened so far. There have been no reports of loss of life or property.

According to sources, the epicentre of this 5.1 quake was 135 km southwest of Port Blair. The tremors were felt at 2:28 PM.

The warning was later cancelled. More importantly, the 2004 tsunami that caused havoc in many places didnâ€™t spare this beautiful island either, killing about 3,500 people, and displacing 40,000.