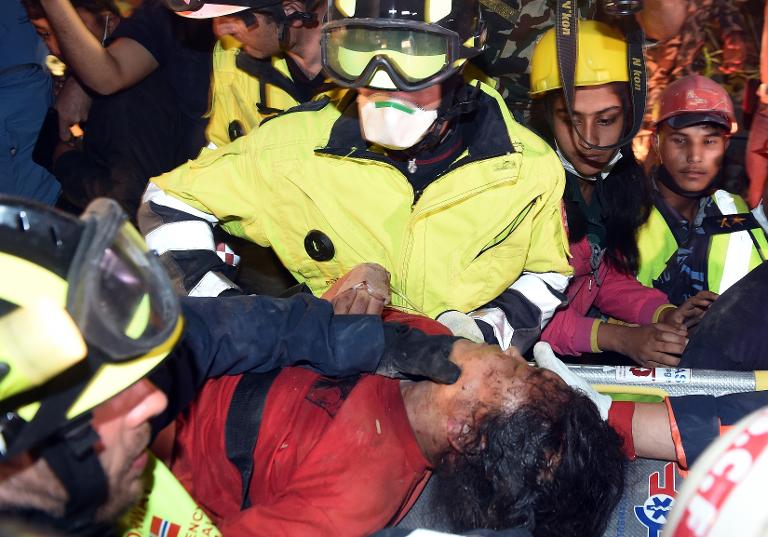 Rescue workers on Thursday pulled a second survivor from the rubble of a collapsed hotel in Nepal’s capital, five days after a massive earthquake that killed nearly 6,000 people.

Rescuers worked into the night to pull the woman, a kitchen worker in her 30s, to safety, the second such rescue in a day after that of a 15-year-old boy in another hotel just streets away.

Nepalese soldiers and a huge team of experts from France, Norway and Israel who had worked on the rescue cheered and clapped as the woman — a rare survivor — was carried by stretcher to a waiting ambulance.

“She was injured but she was conscious and talking,” a Nepal army major told an AFP reporter at the scene.

“She has been sent to a military hospital,” he said, identifying the woman as a kitchen worker in her mid-30s named Krishna Devi Khadka.

“It is as though she had been born again.”

Earlier, US and Nepalese rescuers pulled out 15-year-old survivor Pemba Tamang, who told AFP that he stayed alive by eating ghee.

But the recovery of another teenager’s body from the same ruins only minutes later underlined how the prospects of finding further survivors of Saturday’s 7.8-magnitude quake are becoming more remote.