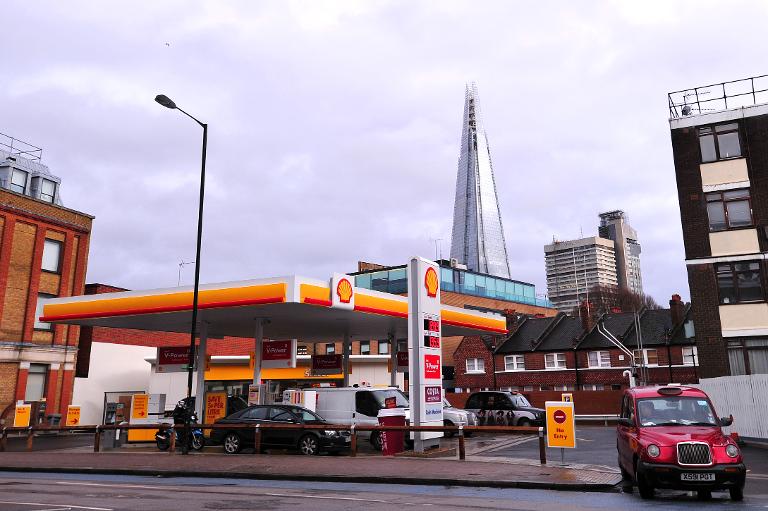 Profit after tax dropped to $4.4 billion (4.0 billion euros) in the three months to the end of March compared with the Anglo-Dutch company’s performance one year earlier.

“Our results reflect the strength of our integrated business activities, against a backdrop of lower oil prices,” said chief executive Ben van Beurden in a results statement.

“Meanwhile, in what is clearly a difficult industry environment, we continue to take steps to further improve competitive performance by redoubling our efforts to drive a sharper focus on the bottom line in Shell.”

So far this year, Shell has sold non-strategic assets worth more than $2.0 billion as it seeks to combat the impact of tumbling world oil prices.

The company added on Thursday that it continues to reduce its operating costs and capital spending, and has deferred and reshaped new projects in order to achieve further efficiencies and savings.

Shell had last month unveiled a mega-takeover of BG Group worth Â£47 billion, as the two firms consolidate their positions in a sector slammed by the oil price slump.

“Looking ahead, the proposed combination with BG … would create a stronger company for both sets of shareholders,” added van Beurden.

“The combination with BG would accelerate Shell’s growth strategy in deep water and liquefied natural gas, and create a springboard for further optimisation of our asset base.”

The new company will be worth twice the value of BP and overtake US energy giant Chevron Corp. upon finalising the sector’s biggest deal in a decade.

Crude oil prices lost more than half their value between last June and January owing to a supply glut fuelled largely by robust output from US shale rock and weak global demand.