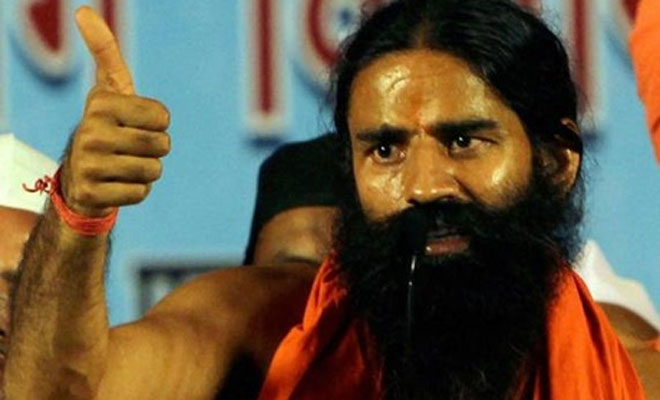 New Delhi:Â At a stage when the Indians are already facing the heat for being a country thatâ€™s discriminating based on gender, Baba Ramdevâ€™s â€˜male offspring guaranteedâ€™ potion is definitely not going to help. India is already dragging its feet with the heavy â€˜unsafe for womenâ€™ tag dangling around its neck. This magical potion is just going skew the already skewed gender ratio further.

As soon as Baba Ramdevâ€™s potion, which guarantees a male offspring, hit the market, there was a furore in the Rajya Sabha, with members raising a hue and cry over the product, which is an ayurvedic potion being promoted by Ramdevâ€™s Divya Pharmacy.

This product was brought to the house by KC Tyagi of Janata Dal (U), who showed a packet called ‘Putrajeevak Beej’, which he said he had gotten hold of from Divya Pharmacy that promised the delivery of a male child.

Baba Ramdev was recently appointed as the brand ambassador of Haryana, and this certainly doesnâ€™t put him under good light. The potion is a grave defiance of all the gender equality laws that the government has framed. Upon being handed over the packet, health minister JP Nadda said that the issue would be taken seriously as the presence of such products will only make matters worse.

Baba Ramdev has a wide following, Heâ€™s the one whoâ€™s credited for taking yoga from the elite to the living room of the middle class. Today, there are several people who have benefitted from his yoga postures. Therefore, he is someone whose words and actions are taken seriously. To add to that, his line of products from the shelves of Patanjali have had a huge impact on its users. Therefore, this product being well-received will only create problems. However Ramdev claims that the potion was meant as an infertility cure and not meant to ensure a baby boy.

In a country where gender ratio is a serious issue, the Prime Minister is himself fighting for a cause — Beti Bachao, Beti Padhao. However, that will all go down the drain if thereâ€™s a product that brings only boys into this country.

This needs to be tackled fast.