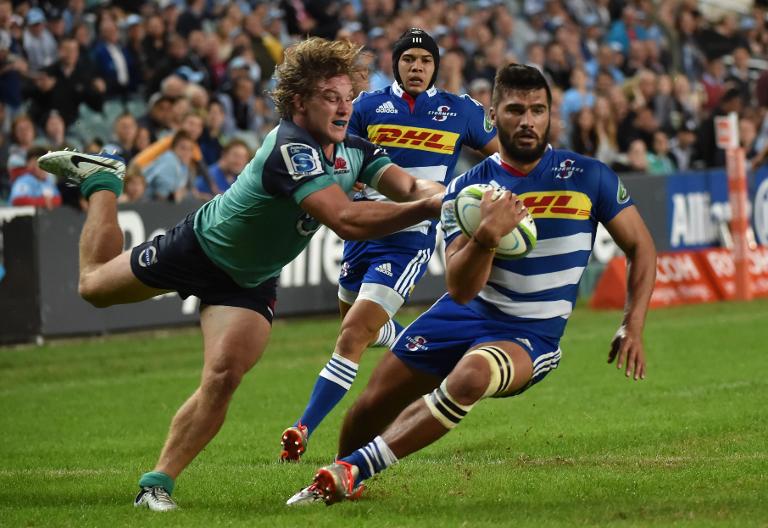 It’s a clash with national team ramifications, as the pair are locked in battle for the Wallabies No. 7 jersey heading into this year’s World Cup.

The Canberra-based Brumbies lead the Australian conference by four points, but they could relinquish top spot with a loss to the defending champions.

Brumbies coach Stephen Larkham rates the fierce derby between the two Australian rugby heavyweights as season-defining with Hooper-Pocock just one of many key match-ups that Wallabies and Waratahs coach Michael Cheika will be monitoring.

“If we win this weekend, we jump ahead by a number of points,” Larkham said. “If the Waratahs win then they go ahead of us and it makes it really hard for us.

“So it’s certainly at that stage where it’s season-defining.”

Wallabies skipper Hooper has been first-choice openside flanker and has played 42 internationals in the absence of Pocock (46 caps) during two knee reconstructions, but the latter has bounced back this season and scored three tries in the Brumbies 31-18 win over the Otago Highlanders last weekend.

The Brumbies were out-muscled in attack and defence when they lost 28-13 to the Waratahs in Sydney almost six weeks ago, but the Sydneysiders head to the national capital chasing their first away victory over the Brumbies since 2011.

The Wellington Hurricanes will also be under renewed pressure to hold on to their one-point lead over the Waikato Chiefs in the New Zealand conference when they tackle seven-time Super Rugby champions Canterbury Crusaders at home on Saturday.

The Hurricanes, beaten only once in nine games this season, have had some mighty tussles with the Crusaders at home in recent years and this will be another test of their credentials for a first-ever Super Rugby title.

The Wellington team will be boosted by the return from injury of hooker Dane Coles, fullback Nehe Milner-Skudder and winger Cory Jane.

Matt Todd will start at No. 7 for the Crusaders after All Blacks skipper Richie McCaw was ruled out following a head knock last week, while prop Wyatt Crockett plays his 150th game for the Crusaders.

Coach Todd Blackadder said the Crusaders are keen to make it a game to remember for Crockett: “This is a remarkable achievement for any player and Crocky deserves every accolade he gets on this special occasion. He is the ultimate team man and a true Crusaders legend.”

The Chiefs have made plenty of changes for the Rebels in Melbourne on Friday.

Pauliasi Manu and Ben Tameifuna are the new props, lock Michael Fitzgerald starts for reigning IRB world player of the year Brodie Retallick, who is out for four weeks with a shoulder injury, while captain Liam Messam and fly-half Andrew Horrell are back.

The Chiefs have won all their three meetings against the Rebels, but want to address defensive shortcomings after conceding four tries to the Western Force last week.

“We’ve certainly done a fair bit of work on defence today,” coach Dave Rennie said. “The boys understand it needs to be a hell of a lot better this week.”

The Western Stormers will be out to protect their lead in the South African conference against the Central Cheetahs in Bloemfontein, where they haven’t won since 2012.

The Cape Town-based Stormers leapfrogged the Northern Bulls to the top of the conference with a 15-13 win last week.

“The Cheetahs set-piece attack is pretty good, more specifically, their maul, and they have scored some turnover tries this season,” Stormers attack coach Robbie Fleck said.

In this weekend’s other games, the Highlanders host South Africa’s Coastal Sharks, the Blues face the Force in Auckland and the Bulls take on the Golden Lions in Pretoria, while the Queensland Reds have a bye.