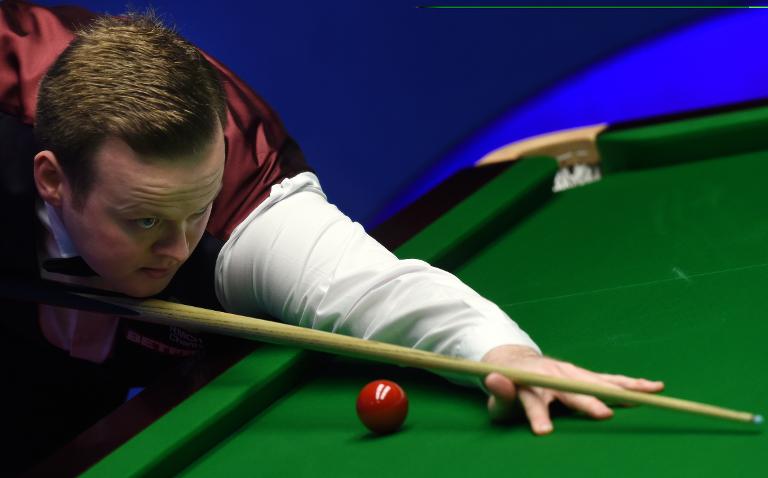 Five-time world snooker champion Ronnie O’Sullivan’s eventful world championships came to a disappointing end on Wednesday when he lost 13-9 in the quarter-finals to fellow-Englishman Stuart Bingham.

O’Sullivan, whose mercurial behaviour during the tournament saw him play part of a frame without his shoes on, almost snap his cue in half and make an obscene gesture, had no answer to Bingham’s play in the final session having gone in all square at 8-8.

O’Sullivan, who had made the final in the past four years, conceded that perhaps his time at the top was over.

“I’ve had 20 years at the top, eventually there has to be a changing of the guard,” said 39-year-old O’Sullivan.

O’Sullivan won the opening frame of the evening session to go 9-8 up but after that he barely got a look-in against a player he had humbled 13-4 in the quarter-finals at the 2013 championships.

Bingham, winner of two ranking events, broke down on the way to a maximum 147 effort, having pocketed 11 reds and 11 blacks, as he edged to within two frames of victory.

A composed 51 took world number 10 Bingham closer to the winning line, before a 66 break gave him a famous victory and a place in the last four for the first time on the 38-year-old’s ninth visit.

Bingham burst into tears and then rang his wife.

“I went back into my room just now and had a little tear and phoned the missus up and I couldn’t speak,” said Bingham.

“She said she wished she was here to give me a little cuddle.”

McGill had beaten Stephen Maguire and defending champion Mark Selby to reach the quarter-finals on his tournament debut, but 2005 champion Murphy proved a bridge too far.

Murphy compiled three centuries, which enabled him to race away from McGill at 6-6, and secured his place in the last four with a 67 break.

Asked if he felt capable of winning a second world title, Murphy replied: “I’d like to think so. I’ve had good years here before and know what it takes to win this tournament.

“It’s a massive deal to be in the semi-finals. I’ve not been there for six years.”

McGill said: “I got completely hammered. He was far too good.”

The spine-tingling excitement was in stark contrast to their earlier session when it had to be stopped a frame early because of the snail-like pace of the play.

The 15th frame lasted 70 minutes and 22 seconds — just five minutes short of the record set by Maguire and Mark King in 2009 — with Hawkins taking it to ease ahead prior to the concluding evening session.

Picking up after establishing a 12-4 overnight lead, world number six Trump — a runner-up in 2011 — produced a break of 66 to end Ding’s interest in the competition before mid-morning.