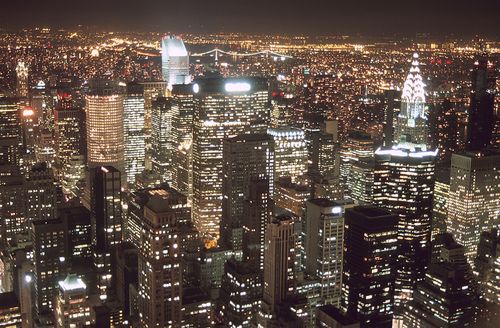 Amid a far-reaching push to reduce New York’s environmental footprint, city officialsÂ on WednesdayÂ weighed a City Council bill to limit internal and external light use in many commercial buildings when empty at night, a change that could affect some 40,000 structures and rethink the shape, or at least the hue, of what residents see when they look up.

The environmental considerations are clear: reducing potentially wasteful energy use as part of the city’s bid to curb its greenhouse gas emissions. The administration of Mayor Bill de Blasio has expressed support for passing a version of the bill, calling light pollution a citywide scourge for migratory birds and sedentary New Yorkers.

The hearing, accordingly, cast a wide net, touching on amphibious mating activity, the astrophysicist Neil deGrasse Tyson and even the very definition of nighttime. And it hinted at a host of complications in the proposed legislation, among them an exception for buildings found to be “a significant part of the city’s skyline.”

“The mandate to curate, if you will, the skyline of the city of New York is not something the commission does currently,” said Mark Silberman, general counsel for the city’s Landmarks Preservation Commission.

The proposal, he added, “does put the commission in a slightly uncomfortable position, perhaps, of choosing between landmarks.”

Some critics, including food industry and real estate leaders, worried that reduced lighting could affect safety.

The bill does exempt buildings “where individuals are inside” at night, which would seem to apply to the many large office buildings that maintain a limited security presence or bring in cleaners overnight.