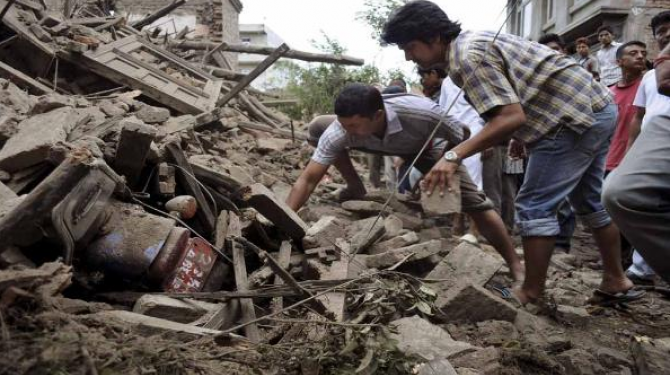 The death toll in Nepal from a massive weekend earthquake has risen to nearly 5,500, according to a new tally by disaster management officials.

A total of 5,489 people are now known to have died in the 7.8-magnitude quake, according to an update from the National Emergency Operation Centre, while more than 100 others were killed in neighbouring India and China.