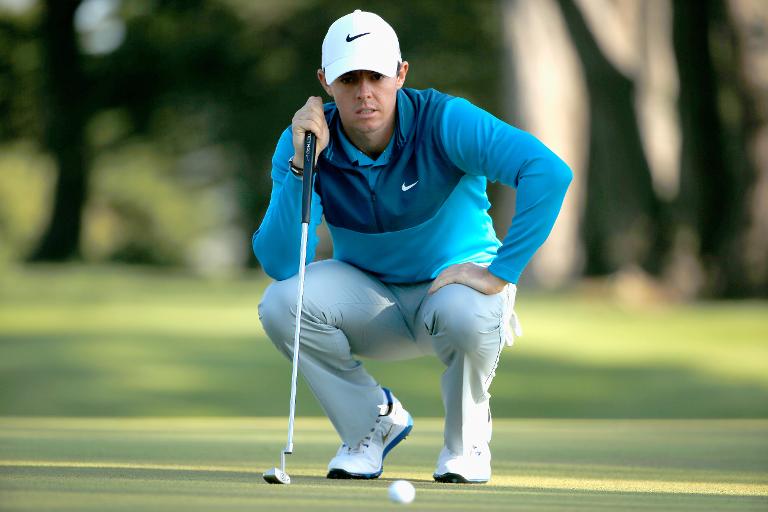 World number one Rory McIlroy and Masters champion Jordan Spieth opened their WGC-Match Play Championship campaigns with easy wins Wednesday on a day of upsets at the new-look $9.25 million event.

“I think from tee to green I played really solid. Didn’t really hole anything,” said McIlroy.

“I made birdie on the first hole and then made 13 pars after that. Jason didn’t have his best day but this is matchplay — you just need to beat the guy in front of you and I was able to do that today.”

In-form Spieth, fresh from a scintillating start-to-finish victory at Augusta, had little difficulty in putting away Finland’s Mikko Ilonen 4&2.

Spieth said he had benefited after spending time working on his swing last week.

“It was a solid round, one bogey and I think seven birdies. I would certainly take it the rest of the week,” Spieth said.

“It’s good to get off to a good start. I played solid golf today.”

It was a sobering reality check for Ilonen, the lowest ranked player in the field who had only traveled to California as a reserve before entering the tournament when Phil Mickelson withdrew from the 64-man field on Sunday.

The new round-robin format of this year’s competition means however that Ilonen will stay in San Francisco for at least two more days to play his remaining games in Group Two, which also includes England’s Lee Westwood and Matt Every of the United States.

Organizers of the tournament, hoping for a dream finale between Spieth and McIlroy on Sunday, revamped the competition this year to eliminate the possibility of a first-round bloodbath.

Previously, defeat in the opening round meant an early flight home. But now the field has been split into 16 groups of four players, with the group winners advancing to the knockout rounds over the weekend.

World number three Stenson, the 2007 winner, lost on the 19th hole against Australia’s John Senden, ranked 65 in the world.

Rose, in good form after winning the Zurich Classic on Sunday following a second place finish in the Masters, went down 3&2 to Australia’s Marc Leishman.

Day crashed to a 4&3 loss in Group Seven to Charley Hoffman, ranked 50th in the world.

There was disappointment too for England’s Ryder Cup star Ian Poulter.

Poulter, who often thrives in the Match Play format, went down 3&2 to Webb Simpson of the United States.