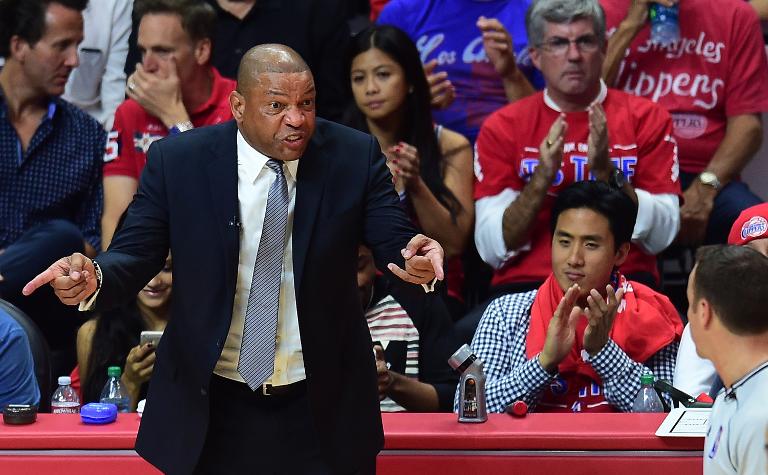 Rivers lashed out at the officials on Tuesday after the team’s 111-107 defeat, which put them on the brink of elimination.

“I don’t complain much,” Rivers said, “but I thought we got some really tough calls tonight. Some brutal calls.”

Rivers was upset by a travelling call on Blake Griffin, and a goal-tending call on Matt Barnes that he disagreed with.

“You think about the playoffs, and they’re single possession games,” Rivers said. “Those possessions, those were crucial. J.J. (Redick)’s foul that got him out — J.J. didn’t touch anyone. It’s not why we lost, but those were big plays for us.”

Rivers has a contentious history with referee Bill Kennedy, one of the three officials on duty on Tuesday.

In 2009 both were fined for an incident that occurred when Rivers coached the Boston Celtics, and they have had several in-game confrontations since.