Home Sports Japan to return to Americas Cup in 2017 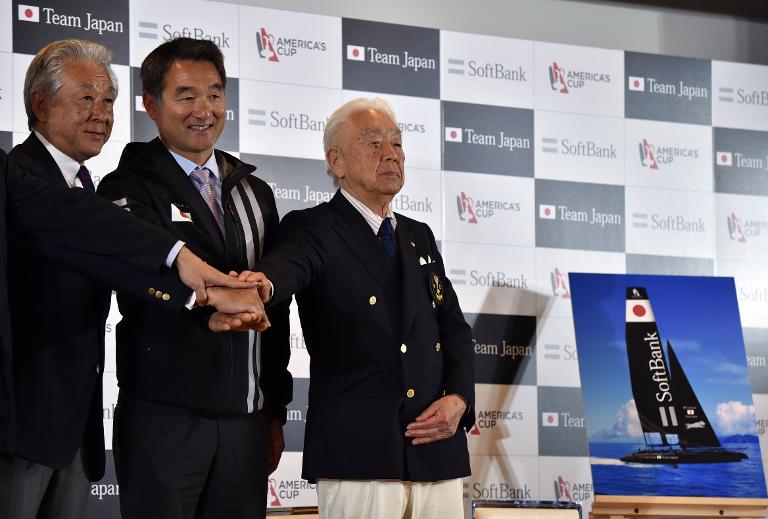 Japan are set to compete for sailing’s America’s Cup in 2017, following a lengthy absence from the prestigious competition, sponsors SoftBank said on Thursday.

The Japanese mobile giant announced an agreement with the Kansai Yacht Club to race in Bermuda, bringing to an end an absence that began after the 2000 edition.

Reigning champions Oracle will provide some support to SoftBank Team Japan in their preparations for this year’s America’s Cup World Series events, the next of which takes place in July at Portsmouth, England.

“To lead a Japanese challenge for the America’s Cup is a dream come true,” general manager Kazuhiko Sofuku told reporters.

“We are planning to build up our team using World Series events to recruit and train Japanese sailors for our crew,” added Sofuku, who raced 15 years ago as bowman for Nippon Challenge during the 1999-2000 Louis Vuitton Cup challenger series.

Former Team New Zealand skipper Dean Barker, along with his former crew member Murray Jones, had been linked to key roles with the Japanese catamaran for the 35th America’s Cup but no formal announcement was made at the Tokyo news conference.

The first America’s Cup was awarded in 1851 for a race around Britain’s southernly Isle of Wight won by the schooner America.

Oracle, representing the Golden Gate Yacht Club, beat challenger Emirates Team New Zealand in dramatic circumstances in the 2013 race on San Francisco Bay, coming from 8-1 behind to lift the trophy after a remarkable eight straight wins.