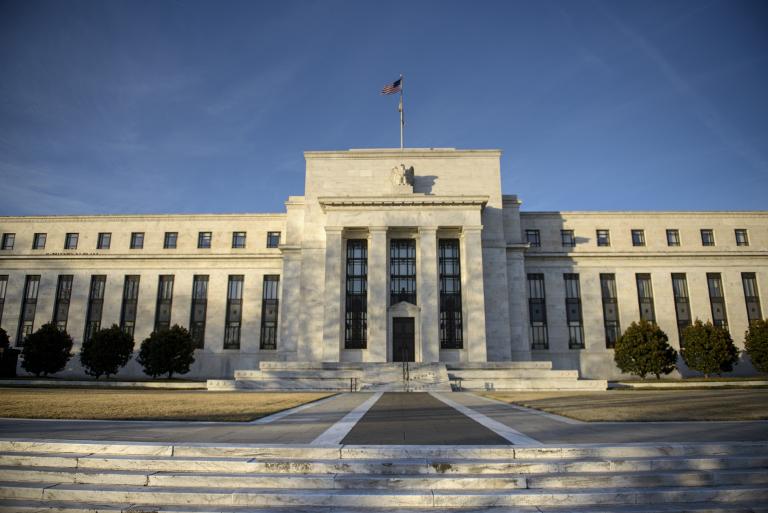 The Federal Reserve left open its timeframe for a rise in ultra-low interest rates Wednesday, following a winter slowdown that stalled US economic growth.

After a two-day meeting, the policy-setting Federal Open Market Committee said that it believed the first-quarter slump reflected “in part” transitory factors, and that the economy should resume expanding at a “moderate pace”.

But after more than a year pointing to mid-2015 for when it would begin raising the federal funds rate, the FOMC stopped offering its “forward guidance” and made clear it would wait for more signs of economic progress before the first rate rise in nearly nine years.

The decision left uncertain the path toward a slow series of rate rises that are likely to shift global markets and support the stronger dollar.

It came after the US Commerce Department reported earlier Wednesday that the economy grew at a pace of just 0.2 percent in the January-March period, following 2.2 percent the previous quarter.

Economists had expected slower growth, given the very harsh winter conditions over much of the country during the period, the three-month port strike on the West Coast that obstructed trade, and the strong dollar’s hit on exports.

But most had expected the growth number to come in at 1.0 percent, helped by higher spending by households benefiting from the plunge in gasoline prices.

That spending did not materialize, however, as the Fed noted.

“The slowdown looks temporary, as a rebound from the first-quarter weakness is already being signaled by forward-looking survey data, but the sustainability of any upturn is by no means convincing yet,” said economist Chris Williamson at Markit.

The US central bank has locked its benchmark Fed funds rate at zero since the end of 2008, keeping monetary policy extraordinarily loose to support recovery from the Great Recession.

The prospect of higher US interest rates has stirred waves in global markets for nearly two years, sending the dollar sharply higher and sparking capital outflows from weaker economies.

In its policy statement, the FOMC highlighted factors that had caused the stall: job gains moderated, business fixed investment and household spending slowed, and exports declined.

But it also noted a strength that could underpin a rebound. “Households’ real incomes rose strongly, partly reflecting earlier declines in energy prices, and consumer sentiment remains high,” it said.

The Fed said its decision on rates was still tied to seeing “further improvement” in the labor market and gaining confidence that inflation will pick up over the medium term toward the FOMC’s 2.0 percent target

FOMC members still expect both indicators to improve, but were not willing to put a timeframe on it.

Economist Paul Edelstein at IHS Global insight said in a client note that policymakers “fully understand that while much of the first-quarter slowdown was weather-related, economic growth and inflation still face ongoing headwinds.”

Those include the strong dollar, low oil prices, slow growth internationally, and US households continuing to fortify their finances rather than spend.

“So the Fed has decided to maintain as much flexibility as possible by avoiding committing to any particular timing and pace of rate hikes,” he said.

“As (Fed Chair) Janet Yellen said after the March meeting, the decision to raise interest rates will be made on a meeting-by-meeting basis.”

The poor first-quarter growth data moved markets the most. Stocks were lower, with the S&P 500 losing 0.38 percent.

The dollar lost more than two cents on the euro before rebounding slightly. In late trade it was at $1.1110 per euro, compared with $1.0981 late Tuesday.