Home World Climbing to resume on Mount Everest by next week: official 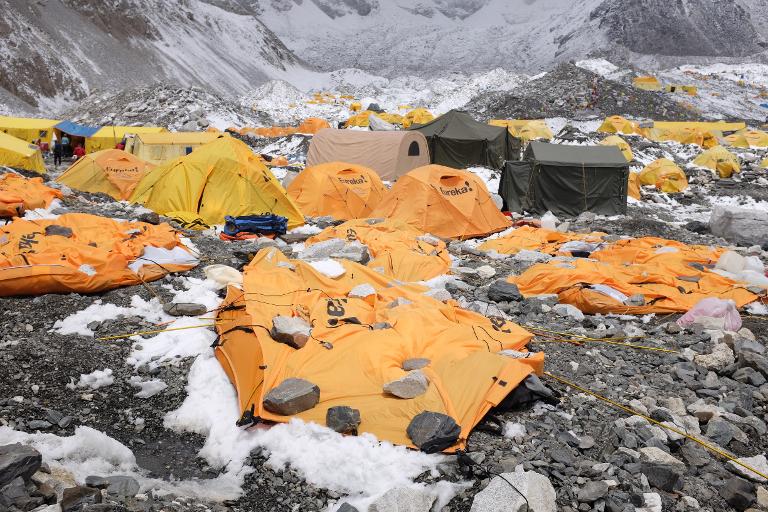 Climbing will resume on Mount Everest by next week despite an earthquake-triggered avalanche that left 18 people dead on the world’s highest peak, a Nepalese government official said Thursday.

Saturday’s avalanche that ripped through base camp also destroyed ladders through the treacherous Khumbu icefall higher up the mountain, raising doubts about the future of this year’s climbing season.

“The ladders will be repaired in the next two to three days and climbing will continue, there is no reason for anyone to quit their expedition,” Gautam told AFP.

Some 800 climbers were on the mountain when the avalanche roared through base camp, leaving 18 people dead and scores injured.

The avalanche was triggered by a massive earthquake that has devastated Nepal and left more than 5,500 people dead.

Emergency teams using helicopters evacuated the most seriously injured from base camp, while scores trapped higher up Everest were also rescued.

But Gautam said the government has this week held talks with mountaineers and guides who said they were keen to resume climbing.

“There is no scientific reason to expect another quake… and we feel the ground is stable enough for climbing despite aftershocks,” he said.

Saturday’s disaster was the worst to hit Everest and came just one year after an avalanche killed 16 Nepalese guides, sparking an unprecedented shutdown of the 8,848-metre (29,029-foot) high mountain.