Home Sports Chelsea not sure of title yet says Mourinho 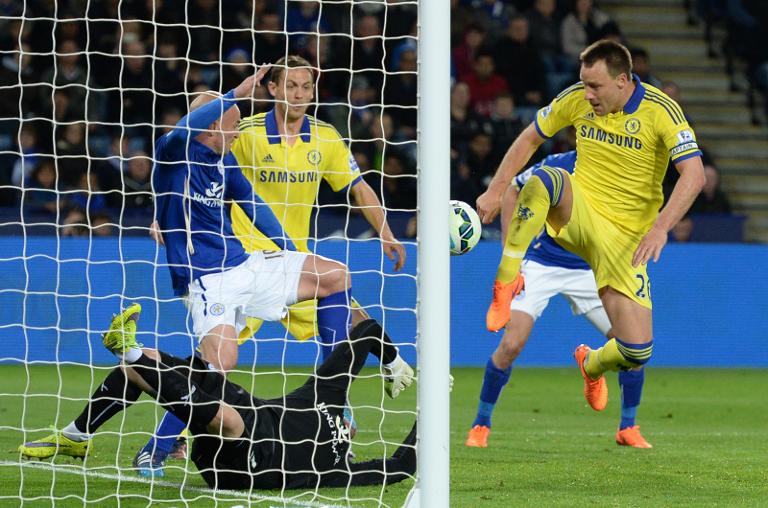 Chelsea manager Jose Mourinho insists the English Premier League title has not been secured just yet despite moving to within one victory of mathematically clinching it.

The West Londoners ensured they would be crowned champions if they beat Crystal Palace at home on Sunday after coming from behind to win 3-1 at Leicester on Wednesday.

Goals from Didier Drogba, John Terry and Ramires ensured victory after Marc Albrighton had given Leicester a shock early lead on the stroke of half-time.

“We need three points to be completely safe.

“But the fans can’t celebrate yet. They can only celebrate the League Cup. I hope they can play the match with us and push the team. That’s the spirit we have in the camp.

“They are not happy because they won the title. But they are happy they have won one more game.

“We have to be ready to play against Crystal Palace.”

Chelsea won four and drew one from their five games in April.

“I don’t think nerves will be a problem,â€ said Mourinho.

“It’s fantastic because this April was the month everyone was waiting for Chelsea to slip and lose points.

“We have been phenomenal this month, technically phenomenal with a team ethic, defended well and clinical.

“In April everyone expected us to drop points against Arsenal and Man Utd, but April was the month that we destroyed opponents.

“I’m so happy, I just need three more points. We’ve worked hard and well. That’s the secret of every one of us.â€

Mourinho opted to start Petr Cech in goal with Thibaut Courtois not 100 per cent fit and has not ruled out a return for Diego Costa on Sunday either despite his only playing 12 minutes in the whole of April.

“Costa has a chance for the weekend but we don’t need to risk players,â€ he added.

Leicester manager Nigel Pearson rued the loss of Andy King (hamstring) and Robert Huth (calf) to first half injuries and they are now expected to miss Saturdayâ€™s home game with hapless Newcastle.

“Losing games is not something I’m particular pleased about,” said Pearson.

“It was difficult for us because we had to make substitutions because they were not something we would have looked to have done.

“Kingy doesn’t come off unless there is something wrong, Huth likewise. These are the type of players you want to have.

“They have to be doubts ahead of Saturday.

“It’s now Wednesday and we play Saturday, an early kick off. But possible omissions do not bring weakness to our squad.

“It’ll be nice to have the likes of Andrej Kramaric, Riyad Mahrez and Chris Wood to make three subs.

“I don’t want to bemoan what happens during games, players make decisions. Chelsea played very well in the second half. Their quality was apparent, our players gave everything.

“We can’t be overly critical of certain situations.

“What’s given us a chance to survive is the collective spirit to win four games on the spin. For the players to have to deal with so much criticism is testament to us all.”