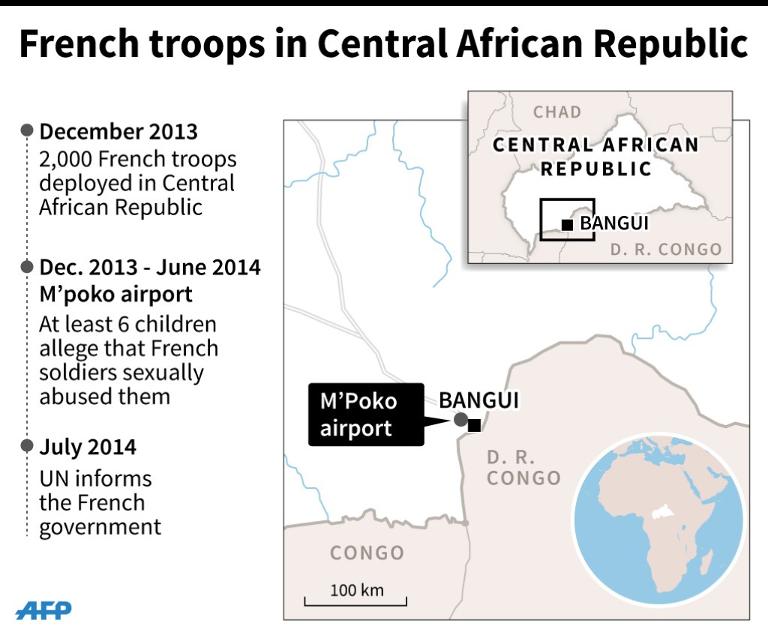 Fourteen French soldiers are implicated in a probe into the alleged rape of children in the Central African Republic, a judicial source said Thursday, in what could be a potentially devastating scandal for the army.

The source, who wished to remain anonymous, said that “very few” of these soldiers had actually been identified in an ongoing investigation based on the statements of six children aged nine to 13.