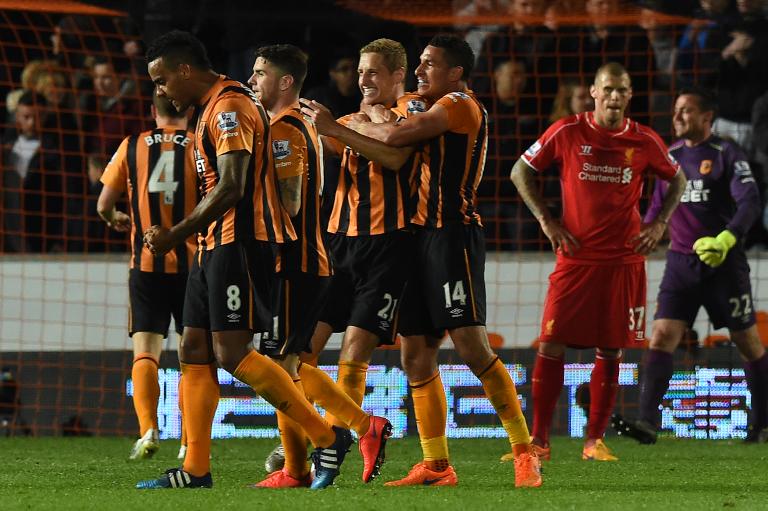 Liverpool manager Brendan Rodgers is refusing to write off their chances of finishing in the top four of the Premier League after their 1-0 defeat at Hull City.

However, it is significant that he is already planning how to strengthen his team ahead of next season.

Rodgers is realistic enough to know that their Champions League ambitions are surely over as they lie seven points behind fourth-placed Manchester United with an inferior goal difference and only four games to play.

A place in the Europa League is also far from assured, underlining why Rodgers is under pressure after a season when they have not been able to cope with the sale of Luis Suarez and injuries to Daniel Sturridge, the two men whose goals were so important to Liverpool last season.

“Even with those players we weren’t tipped to get in the top four and we haven’t got those players now. We have to work with what we’ve got.

“Now we have to look to improve the squad and it’s always great if you can get marquee players to come in and help you. The owners will support that.

“We want to be in the top four, but that was always going to be difficult because we were playing catch up for a lot of the season.

“That will be my challenge – to rebuild a group that can get through the rough waters.”

Whether they will be able to lure them to Anfield without the attraction of the Champions League is debatable, but the fact that Liverpool require at least two of those ‘marquee men’ was obvious in their latest setback at the KC Stadium where Michael Dawson scored the 37th minute winner for Hull.

Dawson’s goal was his first in 16 months and Hull manager Steve Bruce insisted that it earned them a success that their performance warranted.

“We deserved it because of the way we played,” said Bruce, who has had a tough season a year after guiding them to the FA Cup final.

“We caused a threat all night and defended well, which you have to do against Liverpool,” he said.

â€œWe have 34 points but I donâ€™t think 34 is enough, so we still need a couple of results, but we are certainly in a better position that four days ago. The job isnâ€™t done and got to stay resilient for the next four games.”

Dawson said: “We really needed this win because back-to-back wins are so hard to get in this league and weâ€™ve done it against a top team.

“If you give Liverpool too much respect, they will hurt you because they have good players, but the commitment from back to front was great,” added the former Spurs captain.

Steve Harper, the Hull goalkeeper who was 40 last month, was also a key influence on the outcome as he made several excellent saves.

“He was coolness personified. You could tell he wanted to keep a clean sheet,” Bruce said.