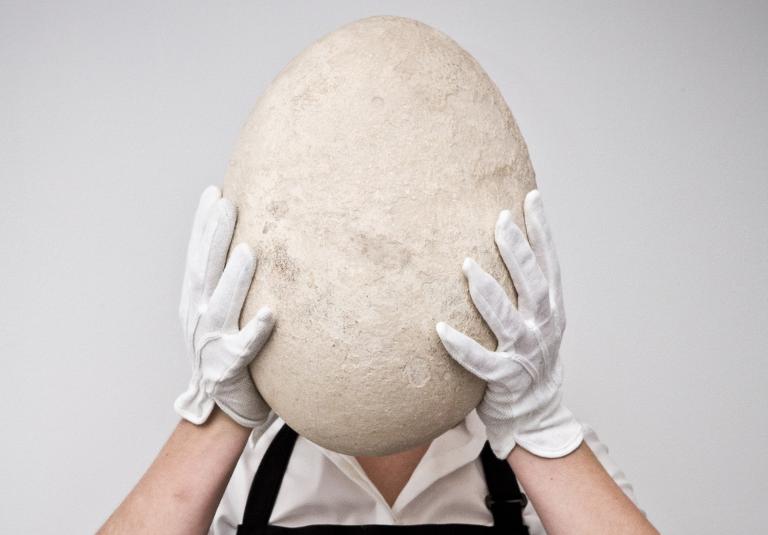 A rare egg from the giant extinct elephant bird will go under the hammer at auction house Sotheby’s in London this week, and is expected to fetch up to 50,000 pounds ($77,000).

The enormous egg, dating from the 17th century or earlier, is about 200 times the size of a chicken egg. It is 31 centimetres high and 24 centimetres in diameter.

“It’s the largest egg from the largest bird that ever existed,” said David Goldthorpe, senior director and senior specialist in the books and manuscripts department at Sotheby’s.

“The elephant bird was about three metres high, weighed 450 kilograms — that’s almost half a metric tonne — and it’s related to the cassowary and ostrich, which are still with us today.”

The flightless elephant bird was native to the island of Madagascar, and is thought to have gone extinct between the 13th and 17th centuries for reasons that may include hunting by European settlers and loss of habitat.

Sotheby’s said elephant birds’ eggs are believed to be the largest of any egg-laying animal and they became sought-after rarities and curiosities during the late 19th century.