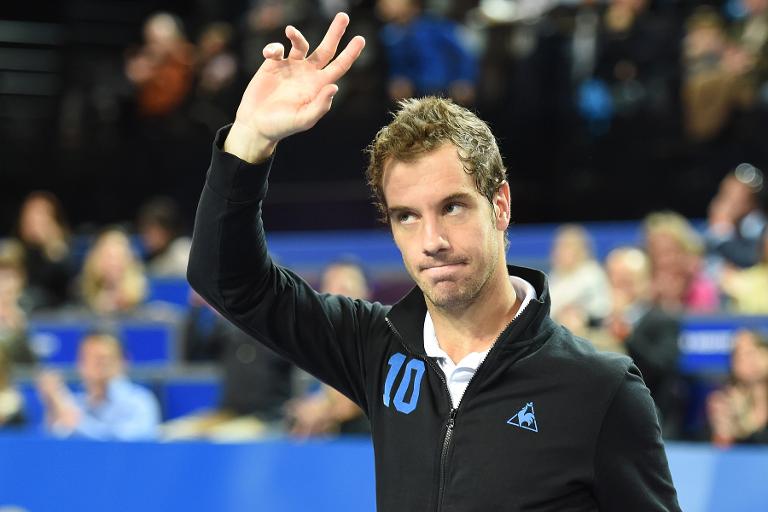 Fifth seed Richard Gasquet and Australian number seven Nick Kyrgios made winning starts on Tuesday at the Estoril Open, as both players began gathering confidence for the clay-court run to Roland Garros.

Gasquet marked a victorious return after nearly six weeks out with a back injury as the Frenchman beat Marinko Matosevic of Australia 7-6 (9/7), 6-1.

The former ATP number seven currently ranked 28th took less than 90 minutes to dispatch the 82nd-ranked Matosevic in the opening round.

Kyrgios avoided the fate he suffered last week in Barcelona as he also competed for the first time in a month-and-a-half, missing on two match points before securing his win over Albert Ramos-Vinolas 6-3, 6-7 (5/7), 7-6 (7/3).

A week ago Kyrgios lost in the first round after holding match points against Swede Elias Ymer in Barcelona.

This time, the Aussie held his nerve after missing on his pair of match-winners in the 12th game of the third set.

Instead, the player who turned 20 on Monday came back in the tiebreaker for a 5-3 lead and served out victory.

“When I was down a break in the third set, I was struggling. But somehow I broke back in the tiebreaker.

“It was a fun match in the end and I’m very pleased to get through. I was frustrated at the end of the second set. I’ve not played a lot of tennis in the last few months,” said the player who rolled his ankle last March just after returning from back problems.

“Having match points last week and not converting did not help the confidence. I just need to play a lot more matches right now, I’ve not played a lot of tennis in the last few months.”

Gasquet was one of two French winners as qualifier Kenny De Schepper put out Portugal’s Gastao Elias 6-2, 2-6, 6-3 to move into a second-round meeting with Gasquet.

Gasquet has played a pair of finals in Portugal, losing to Novak Djokovic in 2007 and Juan Martin del Potro in 2012.

Gasquet last took to a court on cement in Indian Wells on March 15, retiring with a herniated disc in his back against German Michael Berrer in the second round.

The 28-year-old improved to 11-4 on the season after his winning debut on clay.

“I’m very happy with the way I won today. I had no pain, but recovery is a long process. I have nothing to lose and can only get better. I need to play as many matches as possible.

“I’m feeling good now, but I had this injury for three months last year and it came back this year.

“It’s in my head a bit, it’s tough to play right now without thinking about it.”

Gasquet finished with nine aces and three breaks of serve. He won the opening set in a tiebreaker and broke early to dominate the second set on the way to victory.

Matosevic saved match points and forced the seed to salvage a break point in the final game before Gasquet claimed the win.