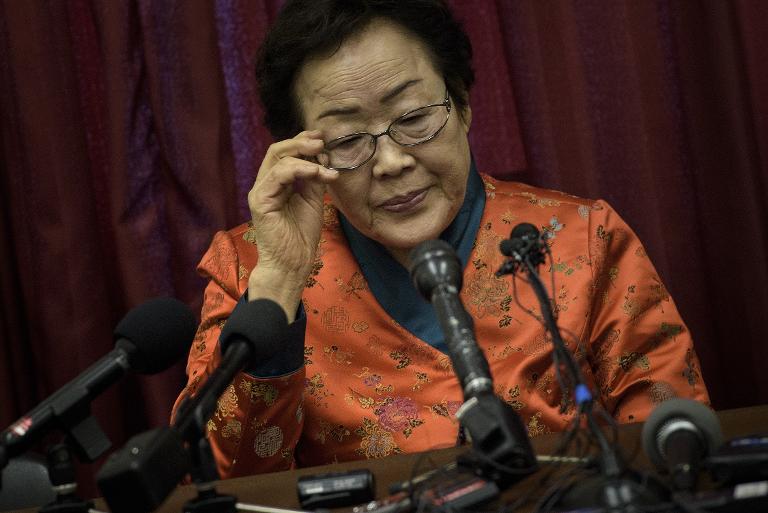 “Grandma Lee is invited by Mr Honda to the joint session of Congress today. Mr Honda will join the rally this morning and escort her to the house chamber,” said Sami Lauri, vice president of the Washington Coalition for Comfort Women Issues.

Abe will be Japan’s first prime minister to address a joint meeting of Congress, and ahead of the speech protest groups demanded that he atone more fully for government and military crimes of the past.

Japan offered an apology to former sex slaves in 1993, the words of which remain government policy, but campaigners accuse Abe of downplaying any official role by the country or its military.

Around 200,000 women — known euphemistically as “comfort women” — were forced into sexual slavery for the Japanese military during World War II.

The few who are still alive, including Lee, want Tokyo to acknowledge that their suffering was a result of official policy.

Last week, Lee said Abe has been “denying the truth” about Japan’s “shameful” past and demanded an apology from the Japanese leader.

Twenty-five US lawmakers, led by Democrat Honda, wrote to Japan’s ambassador to Washington last week urging Abe in his speech to “lay the foundation for healing and humble reconciliation by addressing the historical issues.”

The letter made no mention of comfort women, but dovetails with the calls for an apology.