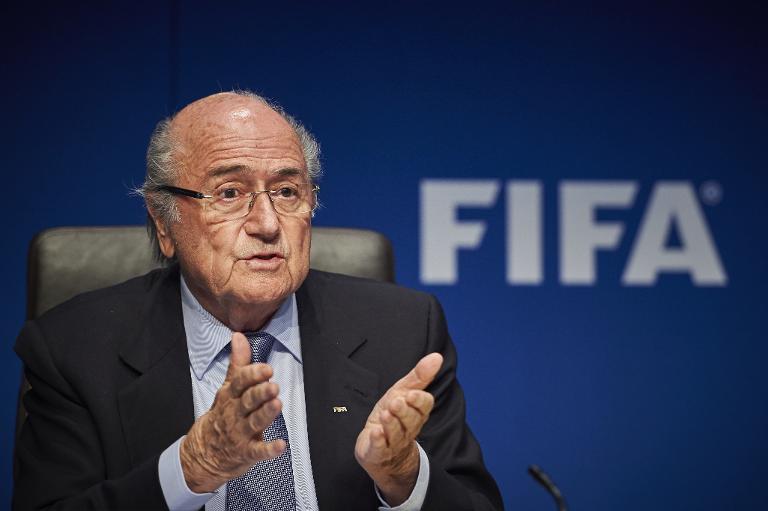 FIFA chief Sepp Blatter will take a big step towards a fifth term in office when he watches Asia’s football boss, a key ally, seal re-election unopposed on Thursday.

It is likely to be a triumphant trip for the 79-year-old, with AFC president Shaikh Salman bin Ebrahim al Khalifa, a vocal supporter, set to be handed a fresh, four-year term.

Kuwaiti powerbroker Sheikh Ahmad al Fahad Al Sabah, another Blatter ally, also looks likely to win one of three seats on FIFA’s executive committee which are up for grabs.

Blatter’s presidential rival Prince Ali bin al Hussein will lose his post as a FIFA vice president, which is being absorbed into the Asian leader’s job title.

Blatter has already been assured of African support for the May 29 FIFA poll, and with Asia’s 46 votes he would be all but at the finish line.

His rivals — Jordan’s Prince Ali, Dutchman Michael van Praag and former galactico Luis Figo — face a last-minute scramble for support ahead of the ballot in Zurich.

Shaikh Salman will tighten what is becoming an iron grip on Asian football when his first full term is rubber-stamped by the congress in his home country of Bahrain.

He swept to power in 2013 promising a clean slate after his predecessor Mohamed bin Hammam was banned from football mid-term over alleged bribery and financial wrongdoing.

The past could still haunt the AFC, however, after general secretary Alex Soosay faced accusations related to the former regime under disgraced Qatari bin Hammam.

According to a video interview seen by a Malaysian newspaper, an AFC employee said Soosay asked him to tamper with or destroy documents during an investigation.

No comment was immediately available from Soosay, although the report said he had dismissed the video as a smear attempt.

The AFC is ditching tradition by holding the congress in Shaikh Salman’s stronghold of Manama rather than the Malaysian capital Kuala Lumpur, where the body is based.

It also done away with its usual executive committee meeting the day before the congress, meaning proceedings will focus squarely on voting.

But the bigger picture is Asia’s support for Blatter, which looks set to help keep him at the head of world football despite a series of controversies, notably over Qatar’s hosting of the 2022 World Cup.