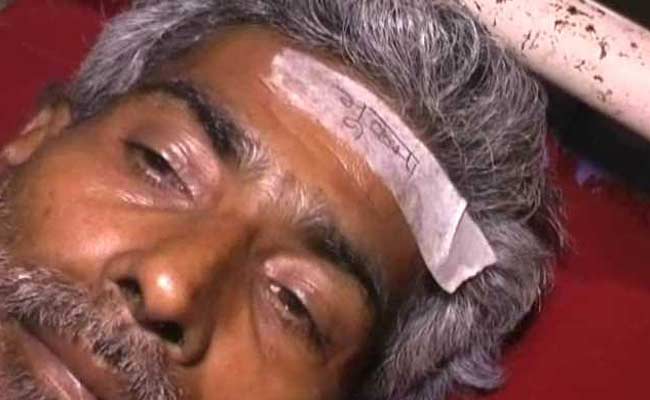 Darbhanga, Bihar: At a hospital in Bihar, people injured in the earthquake that struck Nepal and parts of India on Saturday, were branded with stickers on their forehead and set aside for a separate ward.

Stickers with the word â€˜bhukampâ€™ or earthquake written on them were pasted on patients at the Darbhanga Medical College and Hospital, for identification, said hospital staff.

“We want to come out of the trauma of the earthquake. This sticker makes us nervous…why have we been marked like this?” said a man being treated for a leg wound.

After visuals on television of patients with stickers on their foreheads in a separate ward triggered outrage, hospital superintendent Shankar Jha apologised, saying, “If my staff has done something like this, I condemn it and I will put an immediate stop to it.”

The hospital had the tags removed on Tuesday evening. Fifteen earthquake survivors are being treated in the hospital.

“I asked the hospital superintendent about this and directed him to get it removed at once,” Baidyanath Sahni, the state minister overseeing relief work in Darbhanga district, said.

Sahni said he had asked the superintendent to find out who was responsible for the stickers.

Over 60 people have been killed in Bihar in the 7.9 magnitude earthquake that hit Nepal on Saturday. Over 5,000 have died in Nepal, where India and other countries have mounted herculean relief and rescue efforts.