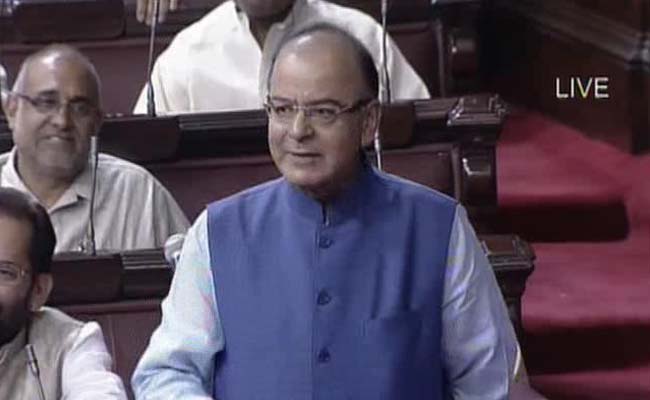 New Delhi: The Parliament on Tuesday witnessed a stormy session as a war of words broke out between Congress and BJP over Prime Minister Narendra Modi’s remarks during his visit to Canada earlier in April.

Taking a dig at previous Congress government, the Prime Minister had said that he wants to change the image of the country from “Scam India to Skill India”.

“There is no gag order and the Prime Minister of India is perfectly entitled to say that what happened in the last 60 years, we will break away from that and present an honest government to the people of India,” Finance Minister Arun jaitley said in the Rajya Sabha after Congress leader Anand Sharma gave a notice for the discussion on the issue.

The Chairman of the House PJ Kurien, however, rejected the notice. The House had to be adjourned twice after ruckus created by the Opposition.

At an event organised by the Indian diaspora in Toronto, Prime Minister Narendra Modi took jibes at his political rivals like when he talked about the colour saffron, associated politically with his party the BJP and affiliated organisations.

“Saffron colour resembles energy, some make their own interpretations, let them,” he said with a smile.

India, Prime Minister Modi said, had many problems and “development is the one-stop solution to all problems.”

He stressed on skill development, saying, “Earlier India was known as ‘Scam India’, we want it to be known as ‘Skill India,” adding, “I can tell you, India has the strength, what is needed is opportunity.”